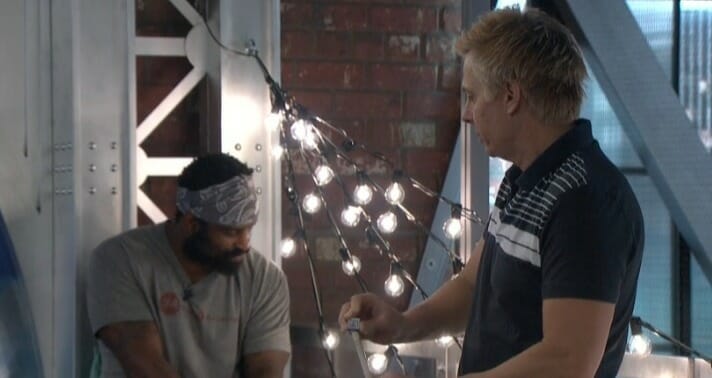 It’s hard to believe this show and the feeds have only been on for about a week now. The season somehow feels like it’s simultaneously going super fast while crawling at the same time. We’re both only a week past the premiere but two weeks from the finale. Yet with just two weeks to go in the season, only 3 people have left and there are still 7 more people to go before the final 2. The feeds have been live just over a week and we’ve already had 3 different HoH’s, multiple arguments, and a house full of paranoia.  It’s wild.

I’m not exactly sure how the schedule is going this week. I anticipated that someone would be evicted on Saturday’s episode, but the show hasn’t mentioned anything beyond tonight yet. We’ll obviously find out what is in store for Saturday at the end of tonight’s episode, but it may be weird to have an eviction that day. Unless they do a taped eviction on Friday and have the feeds down until late Saturday night. I also have no clue when they plan on doing veto but I doubt it will be like last week where it’s aired on the episode. I have a feeling feeds will go down a bit today for the competition which brings me back to the game..

Tom and Kato are still obsessed with figuring out who has the power. For people who rage about Big Brother adding twist after twist, this is why they do it. Sometimes they do it to change the game, but I think more often than not, they do it just so people obsess over what the potential twist can be. When people keep it a secret, it creates great feeds. Shit, even if the twist this week was that the person gets a bag of popcorn after the show ends, it already did it’s job by spinning the house around. The veto competition is pretty big today because if Joey or Kandi win it, there is a very real possibility that Tom will target Ricky which just won’t sit well with Lolo and Natalie no matter how much they pretend they’re fully on board with Tom/Kato.

The cracks in that alliance are already starting to show as Lolo and Tom had it out a few times last night. He was able to diffuse the situations but she’s clearly on edge and even paranoid that Tom and Kato only want to be aligned with her because they think they can beat her in the end. While it’s a valid thought, it’s something that you keep to yourself because it doesn’t matter nor does it help your game to express it. If you’re confident in your game and someone is carrying you along because they think they can beat you, that’s fantastic. Let them underestimate you. Lolo’s pride got in the way of that one and I don’t see much hope for this alliance to last the full two weeks. I’ll be shocked if it lasts two more days.

Ok, I had to run out to dinner. A bit went on in the house this afternoon but I’m going to watch the CBS episode then start a night thread to also talk about today.