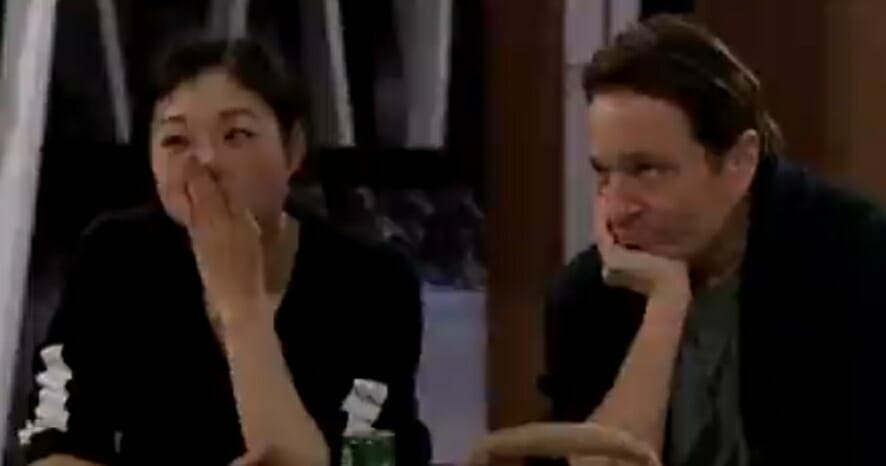 Hey BB Junkies, I’m back because Steve is a busy man right now!  If you aren’t watching the feeds, you haven’t missed alot but I’ll at least fill in a few gaps and talk about what might happen this eviction.

For starters, the house has really turned into pairs. Shanna and Chris Kirk are probably the strongest duo at the moment.  (Strategic duo, that is) They secretly linked up early on and have connections with almost the entire house. Cynthia and Carson are definitely a duo but they aren’t playing very hard. Chris Kirk told them they were safe this week so they spend their time planning out meals and shit talking Miesha behind her back. 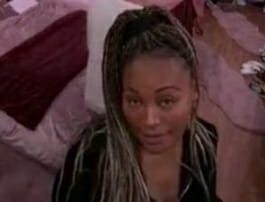 We also have Miesha and Todrick as a duo after Todrick tossed away his Formation alliance for her. He’s gone all in on Miesha but he did do a little damage control yesterday with Cynthia. 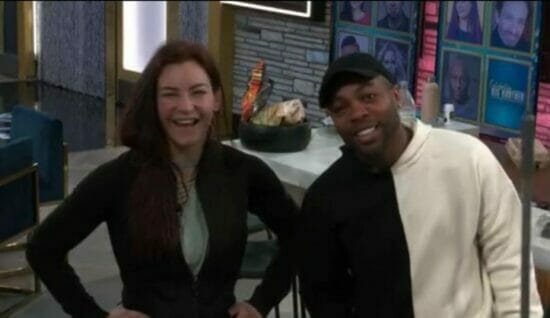 I think the Shanna & Chris Kirk alliance is the strongest simply because Shanna is playing the best game in the house….by far. 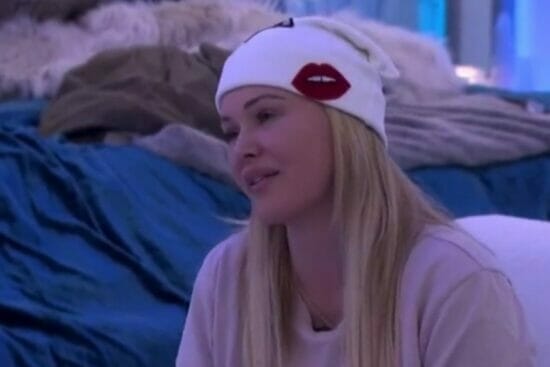 Shanna hops all around the house trying to be good with everyone, agreeing with what everyone says and filing things away for later. I’ve been impressed with her. I thought Chris Kirk was onto a good strategy by trying to take out Mirai and leaving Miesha/Todrick & Carson/Cynthia to go after each other.  Since his noms, he can’t seem to keep his mouth shut. He talks way too much and reveals way too much. (Not that he’s the only one!) 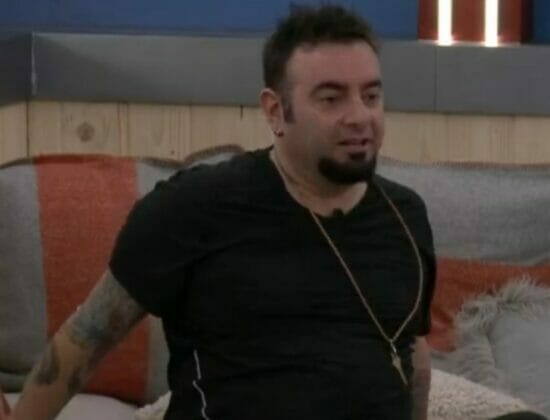 Lamar and Todd are sort of a pair. They don’t have any strategy but they definitely provide the comedy. Todd reminds me of someones grumpy grandpa. (I mean that in the best possible way) 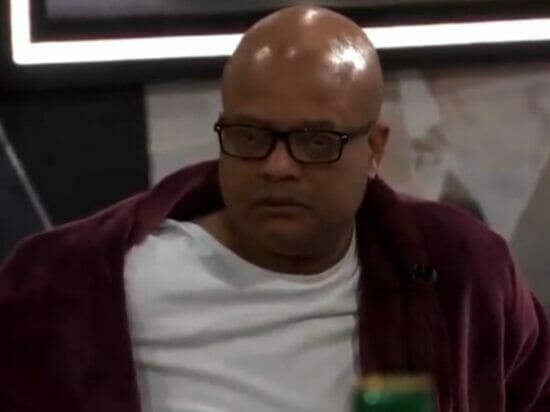 Todd told Lamar he walks too loud, Lamar told Todd he’s “beige” and on and on it went. Once the mama jokes got started, Todd even told Lamar that he was the one who caused Lamar’s grandma to break her hip if ya get what I mean. They’re funny together but Lamar is just funny, very funny. 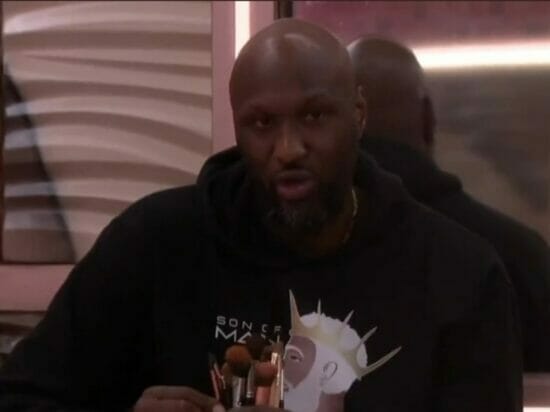 Mirai has been upset over being on the block again and she doesn’t talk very much. Let me clarify, she talks alot, it’s just to herself. She makes lots of catty remarks and if they’re close to what she said either to or about people to others the first week, I get why some of them have had an issue with her. 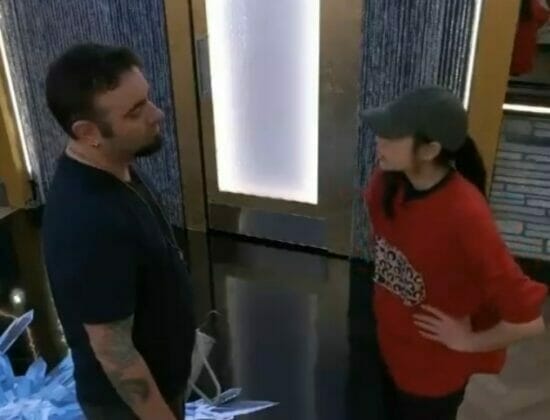 She doesn’t appear to be fitting in with the other hgs or she feels like she doesn’t. Either way, what little conversation she has always seems forced. She also talks over people too which is an annoying trait. I don’t know anything about her except the Olympics but she gives me spoiled only child vibes. (No, I don’t know if she’s an only child and yes, I know not everyone who is an only child is spoiled) We may never know what happened that first week but it’s definitively carried forward. She talks to the cameras as if no one will talk to her but I saw Todd, Lamar, Chris Kirk and Todrick all try to cheer her up and that was just yesterday. Granted, Todd’s convo was a bit awkward because he was talking about religion after Mirai said she was agnostic but you could tell he meant well.

She’s not the only one rubbing people the wrong way tho. Shanna, Cynthia and Carson can’t wait to get Miesha out.  They say she’s bossy, rude and self absorbed. They feel like she only talk to the guys too. Miesha snapped her fingers at Shanna yesterday and Shanna didn’t like….AT ALL.

Todd (Todd, not Todrick) admitted to Chris Kirk he has a F2 with Miesha too. (Chris Kirk tricked him into saying it) Todd said he would like to get out Carson and Cynthia and have a F4 with Chris Kirk, Miesha, Lamar and himself.  Later, Chris Kirk told Shanna about Todds plan and how she wasn’t included in his proposed final 4. He really didn’t have to tell her because Shanna was standing in the kitchen righy by Todd when he proposed this plan to Miesha. (I’m telling ya, these people talk right out in the open)  I don’t think they’re that bold. I just don’t think they comprehend the parts they aren’t saying and what those things imply.  It’s similar to Miesha telling Mirai, she’d like her to join and already established alliance. It’s the same as Cynthia telling Marai she and Teddi could join an alliance that already existed too. 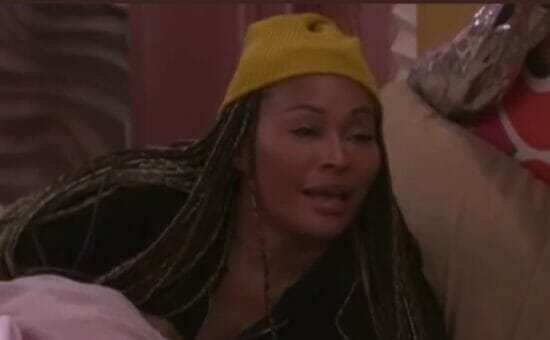 It’s the same as Todrick asking Chris Kirk and Shanna who they thought would win in a final 2 of Miesha and himself. (Hmmmm, wonder who Todrick wants as his F2?? Nah, they’ll never figure that shit out!) Todricks back flip when Chris Kirk won hoh was also a stupid move. He had all that time in his home with really good players after BB23 ended but any advice he got from them isn’t showing. 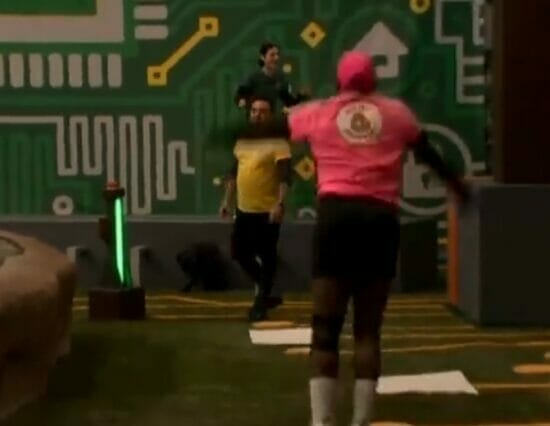 Todrick and Miesha have pushed HARD for Carson to go up as a renom if Mirai wins veto. (They pushed hard for him to go up initially too) Chris Kirk said no and said if Mirai wins veto, Chris Kattan will have to go home.  I know that kind of sounds like a waste of an HOH but he at least made a logical point. He can’t tell the truth and say ‘I need Carson and Cynthia here to go after you guys’ so so he pointed out something else. He told them they don’t know who Chris Kattan would put up if he was hoh and they don’t even know how he’ll vote. 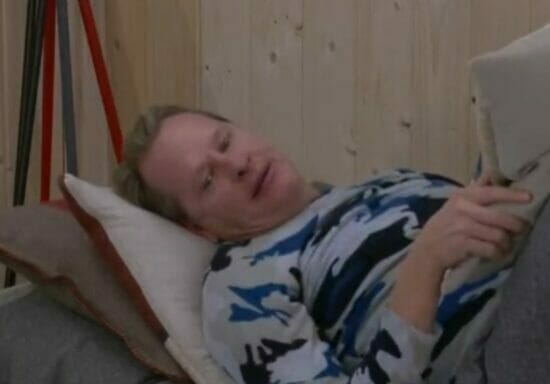 For now, Chris Kirk plans to use Cynthia as a pawn but he’s a little worried they may vote out Cynthia against his wishes. (He was going to use Lamar but Todd talked him out of it)

They keep telling him they should take out Carson and they can take out Mirai next. I kept waiting for him to remind Miesha that she told him the same thing last time when she was hoh and wanted Teddi voted out, but he didn’t. (Well, he may have in the hours and hours of feeds we didn’t see) Chris Kirk has also told Cynthia he may have to use her as a pawn so if it happens, she won’t be surprised. 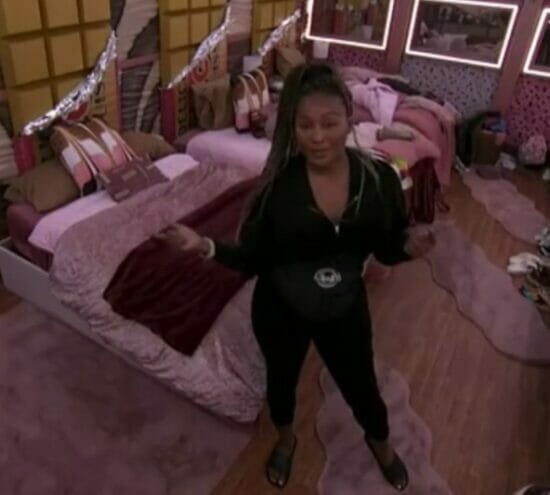 Meanwhile, Cynthia wants to win hoh and go after Miesha. She had a make up talk with Todrick and he may have done enough damage control to be able to stay out of her line of fire…for now. I think Carson would still go after Miesha over Todrick too.

I don’t think things will get shaken up too much if there’s a replacement nom.  This is because there probably won’t be time. If it happens quickly, there may not be time to get everyone to go against Chris Kirk’s plan.  Then again, it wouldn’t take that much work since the only vote Cynthia would have to stay for sure would be Carsons.  I think the most interesting thing to happen would be if Christ Kattan won the veto.

Other than that, we saw Carson take a bath: 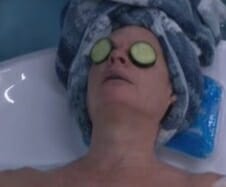 Lamar was VERY happy Carson was going to make him mac and cheese and it wasn’t even homemade: 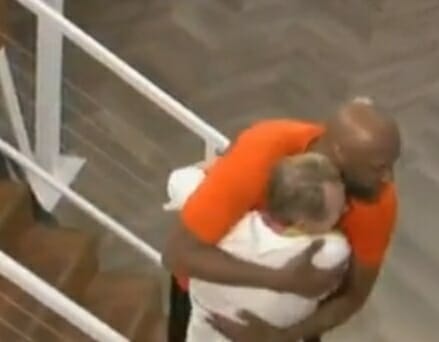 Carson is also baking 2 cakes now. One is for the group and the other is the “decoy cake” he says is for Chris Kattan. 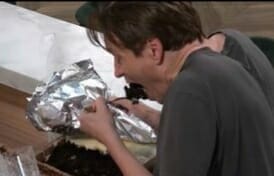 Miesha took and ice bath, Shanna made fun of Miesha feeding Todrick at the table and apparently Teddi is still really pissed. Chris Kattan still cant sleep at night because of Todd’s snoring.

UPDATE: Shanna may have been trying to get Chris Kirk to back door Todrick and it may have worked. There’s some chatter in the house but it’s mostly vague. Chris Kirk did tell Cynthia he won’t be putting her up anymore and said he’d need Chris Kattans help and his vote. Chris Kirk has also told Mirai she may be safe even if she doesn’t win veto.

Shanna told Cynthia that Miesha isn’t an option because Chris Kirk is too close to her. She said she may have talked him into taking out Todrick at least. We’ll see what happens but it could get good.