Chaos is a Ladder 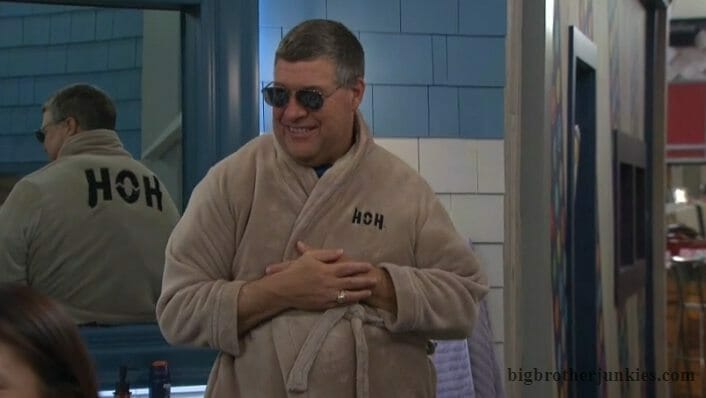 Michie won HOH and put up Christie and Sis. His target is Christie. Sis was shocked by Michie’s move because she did not expect to be going up as a pawn.

I’m telling the path to victory for Cliff and the Cliffomaniacs is getting clearer and bigger every day. If I said it before, I will say it again, I am a huge fan of Cliff. It surprises me from an outside viewer’s perspective that Michie is still pissed at Christie. Christie is a top-three player in the house. So are Michie and Tommy. Cliff is either fourth or fifth in close contention with Sis. Then you have Nick, Holly, Jess, and Nicole. Michie will probably get what he wants this week, which is Christie having a post-eviction discussion with Julie Chen. After this week, I think things are going to heat up again unless Holly pulls out the HOH W.

If Heath Ledger was brought into the house as the Joker, I don’t think there would be any more chaos than there already has been. And he would run the house holding the HOH power or not. Same can be said for a character from Game of Thrones. Littlefinger. Littlefinger would try to sleep with Sis, Holly, Christie, or Bella (all of whom had boyfriends/close friends as HOH), conniving to leverage that ladder of chaos into power.

I hope you all are enjoying these articles as much as I enjoy writing them. Please let us know what you think. I love reading BB discussion.