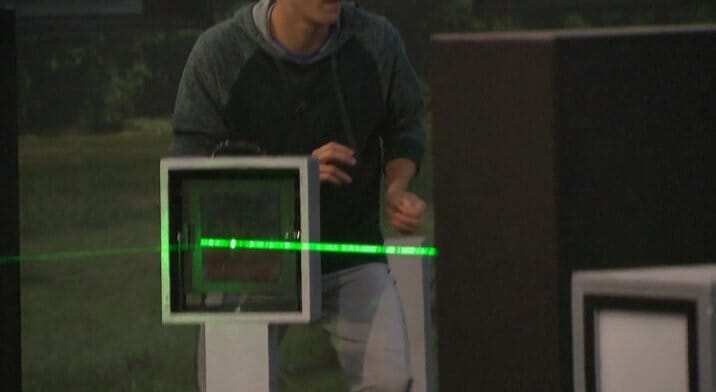 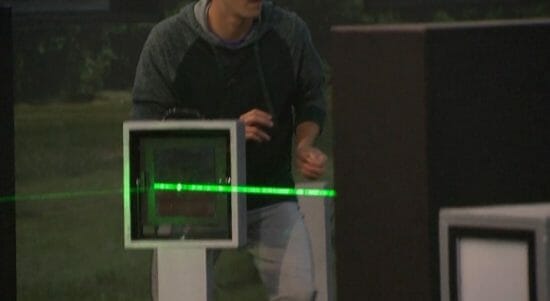 What a night in the Big Brother house.  I don’t think they were planning on a DE, but adding one certainly didn’t disappoint, as it rarely does.

It began innocently enough with Alex calling the group ‘hypocridiots’ followed up by Morgan’s roast of each player. To summarize, she said she’s proud Dani finally realizes there are other people in the house, Jason is a liar, Justin is throwing comps, she’s happy Kryssie didn’t quit yet even though she threatened to like 3x, and congratulated Whitney on being the first picked off from her new alliance.

Most brushed it off because it was a numbers game and there was little the smashers could do.. until the care package came.  In a surprising turn of events, Morgan won the care package, and it was the power of veto.  Getting the power of veto before nominations was huge because it guaranteed Morgan couldn’t be nominated, and it also guaranteed she could save Shelby. This is key because the smashers were assuming Jason did his trickery the other day to not only troll the girls, but to backdoor Morgan and send her packing – seeing as she didn’t have a care package yet. They kept to their plan of evicting Alex which meant that the trolling was just that, trolling with absolutely no benefit to the game, and the care package remained in play.  Really dumb move on their part, and I called it prior to eviction.  I subtract some BB points from their entire alliance for doing that.

When people realized what Morgan getting the care package meant, they sat around the living room in silence.  You can actually pinpoint the moment where Morgan’s comment popped back up in Whitney’s head and she realized she was probably going home… 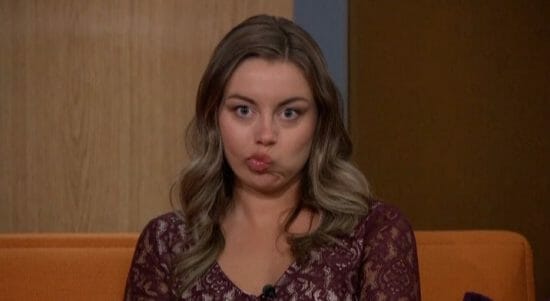 Morgan and Shelby worked with Danielle on who to send home, and the girls actually did push Justin over Whitney. They said he’s a bigger threat and he hasn’t received a care package yet (neither had Whit). Dani was flipping back and forth on who to send home until the last minute, and even ended up nominating Whitney/Justin to give herself more time to think. Jason got in her head that Justin should stay, so the girls went a different route and tried to push Kryssie to vote out Justin.  In the end, the girls voted Justin, the LNJ voted Whitney, and Dani broke the tie sending Whitney home.  Was this a bad move? It’s hard to tell because Dani does have the concern that Whitney would stroll back over to the girls, plus Justin has been a loyal ally. However, Justin is pretty terrible at any comp that remotely involves thinking, so Dani would be eliminating a stronger ally (if Whit remained an ally).

Note – during this time, Justin and Jason complained non-stop about how unfair the care package was. This was shortly after they had just evicted Alex on Shelby’s HoH because of the care package last week.  Also, twitter was raging because they didn’t know the proper rules of the Morgan care package, but that’s irrelevant because most were pushing to give to Justin or Dani anyway. They’re acting like they voted Morgan because they thought it was ‘only’ the power of veto.

Back to the game. Whitney was eliminated in a move that has yet to be determined if considered good or not.  I can’t award or subtract any BB points because this was indeed a tough decision on LNJ’s part.

Finally it was time for the HoH competition which was a pretty cool laser puzzle thing. They had 4 mirrors to place and the laser needed to go around the board and hit the target. Here is what the thing looked like.. 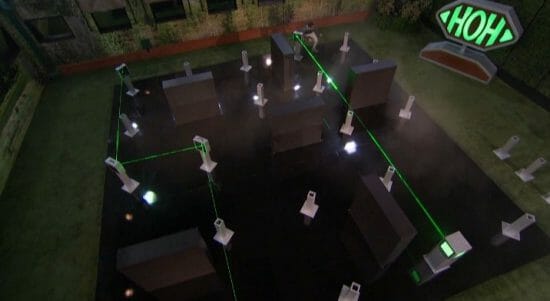 Jason was the leader until Shelby came along and struggled at first, but at the last minute she realized the puzzle and scrambled to do it.  She was much slower than she should have been, and it turns out that is because she was playing with a broken mirror. I fell asleep after Shelby because I was certain Justin had no shot (and he didn’t), but it turns out BB is making Jason have a head to head with Shelby tonight to determine the next HoH.  This is because she apparently had the right puzzle, and the time was close to Jason’s, but the broken mirror screwed with her.

That’s where we stand right now.  No HoH. Rematch tonight. Jason vs Shelby.  Be there, or be square.  Update post will be up in a bit, need to work on some homework first.