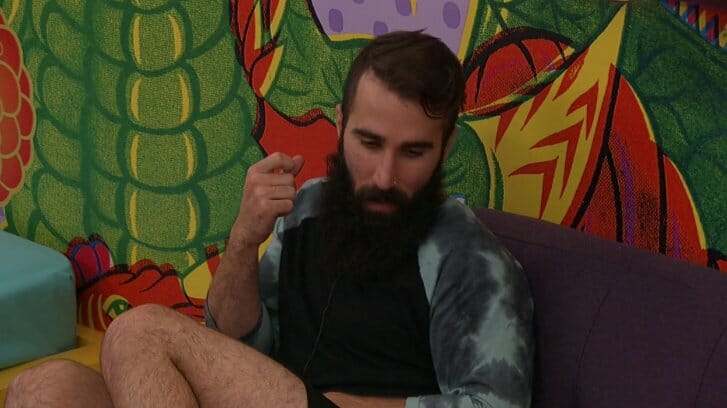 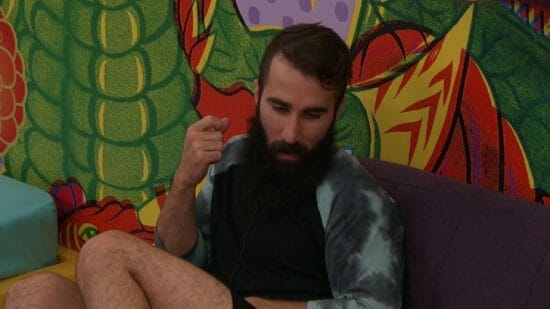 Good afternoon, everyone. It’s eviction, jury buyback, and endurance competition night all wrapped in one. What this means is that the person who will be evicted tonight (Victor, again) is going to turn around and head into the backyard to join everyone else including Paulie, Da’Vonne, Bridgette and Z. They are going to play in an endurance competition, and I am betting it will be the slip and slide one where they need to fill the buckets full of liquid. I’m not 100% sure how that would work because typically the endurance comps featuring jury members are last man standing, but we also haven’t had that comp yet this season, so it’s due.

What I mean by not sure how it will work is that let’s say Natalie fills her bucket first, then what? Do the jury members keep going until one of them fill a bucket, while Paul, Nicole, etc stop playing and just watch? That is typically why the jury buyback competition is ‘the wall’ because it’s last man standing. Pretty simple. The last jury standing remains in the house, and last person standing wins HoH. We’ll find out in a few hours, I suppose.

Another prediction is the house is going to be hilariously disappointed when they see the care package this week.  It has been getting better and better, and right now they’re expecting something better than co-HoH. I can tell you right now that Paul or Victor (the likely winners of the package) are not going to be thrilled that Michelle and Nicole won safety for the week and they merely won $5k that they are forced to give away as some stupid bribe. When you read the actual description of the package, it states (paraphrasing) “The bribe can only be given to one person, for one action, within the week.  Bribes may influence voting, competitions, vetoes or noms”

In the words of Paul – “Pissed”

It’s not like he can split $5k between Corey and Nicole to guarantee a final 3. He can’t do future guarantees (ie, if you keep me this week I guarantee I’ll take you to the final 2). It’s basically going to the HoH in exchange for not being nominated.  Considering it’s ‘one action’, I don’t think it even guarantees the person can’t be a re-nom with veto. On the positive side, they could have made it worse. Paul did joke how the last package may be something like “Congrats, you now get to complete Paulie’s duties of baking apple pies for the rest of the season”.

Not much going on in the house this afternoon, so I’ll have a live eviction thread up in a few hours. Have a good afternoon!

Edit: Literally just after I posted that there was nothing going on in the house, Paul starts in on a few people. Let’s follow along….

Unfortunately, I’m about out of time. Need to prep for the live show. I wish stuff didn’t come up just as this argument started happening. Needless to say, the feeds may be pretty damn good this week.