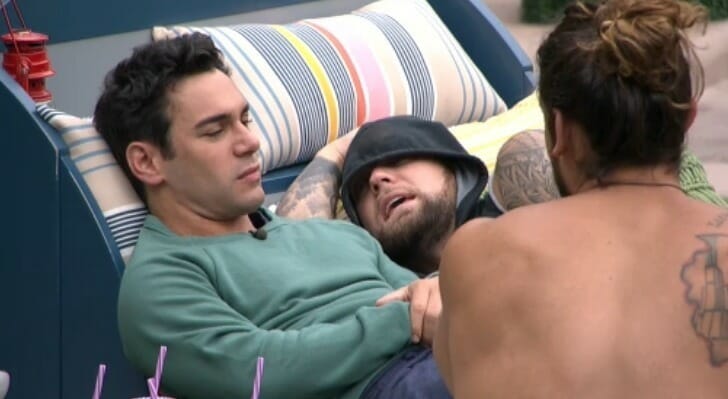 Happy Independence Day! I hope that you all have a safe and happy 4th of July.

Kidding, sort of. This won’t be a long post but it also won’t be that short.

As you know, Jack is the new HoH in the house and he already has his target set. This is going to be a shocker… wait for it… wait for it… Kemi! I know, completely unexpected! And to make matters worse from the discussion the other day, he’s going to put her up next to Jessica. Why not, right? The plan of getting out Kemi then Jessica seems to be full steam ahead and the twist doesn’t seem to have any impact on that.

A quick summary of last night – Jack told the house not to talk to David or Ovi about game. The house quickly ignored that and had game talk with them both. While the idea made sense in theory because it was to prevent the evicted players from spreading shit, it’s just one of those ideas that you keep inside your brain and don’t exactly express. Or at most, express to your closest allies so they know anything David or Ovi may talk about could be a lie. Telling the entire house not to talk game just makes you look like an ass…. or, a Jack-Ass.

Production opened the backyard last night which means that there may not be the veto competition until Saturday as per normal. They still may do nominations today and close the backyard tonight but looks like they’re going to give them a little fresh air for the 4th. That works out well because I am actually going away until Saturday in a few hours so my mini vacation works well with the hopeful slow week.  How the schedule here will work is that Mel will likely be doing the overnight report if she has time between her crazy house sale, and I’ll try to squeeze a daily recap tonight and tomorrow night before bed. I won’t be doing any live updates until after the veto competition Saturday night (assuming the veto happens on Saturday).

Have a great holiday, everyone!