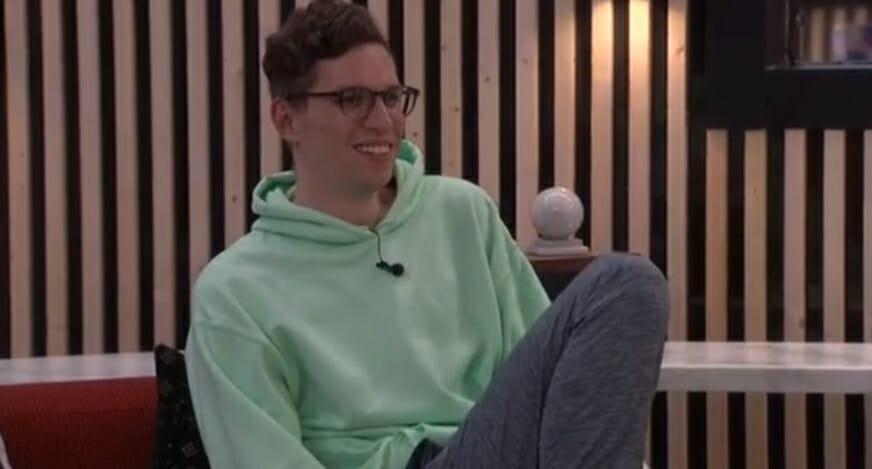 It’s Friday in the Big Brother house and we’re down to 8! And looking at the calendar, things may be speeding up a bit.

Before I begin, a reminder that I will be away from Sat evening – Wed morning on business. Jennifer and Mel are still here to do updates but this will be the first time I will not actually be able to analyze the house (aka ramble) before feed updates in a long time. Again want to thank Jennifer and Mel for stepping in! I don’t want to be away but this is a ‘not mandatory but really mandatory’ company outing.

Alright, so the schedule – Season ends on Sep 28th. That gives us 4 Thursday evictions until the final 3 week. With 8 people remaining, that means we’re going to either have a double eviction or one of the accelerated weeks where they evict one on Tue and one on Thur. If yesterday was a real double eviction, I’d say the accelerated week was a guarantee, but right now it’s probably 50/50.

Now, Turner is the new HoH and he has a really tough decision to make and he knows it. Does he stick with his new outside alliance or the leftovers? One side is pretty weak with Terrance but that’s good and bad. It’s bad if you hope to rely on them to save your ass, but it’s good if you want to beat them in the end. But, sticking with them means you piss off a major comp beast in Michael and also a super strong and intelligent player like Monte – plus Taylor is no slouch, either. But again, if you stick with them, you have to beat them in the end, so it’s a double-edged sword.

I’m really not sure what Turner SHOULD do, but I do think he’s just going to bail on his new alliance and stick with the leftovers and hopefully stay under the radar.

So with that, I’m off to bed

Spent most of the day prepping for my trip so thank you!!

Honestly I’ll be glad when this is over. The he said she said is kind of annoying

Michael talks about how they didn’t react to Alyssa asking Brittany all those questions. But it doesn’t matter telling her anything but she isn’t even in power

Meanwhile, Taylor tells Michael she doesn’t believe all the stuff about Joseph losing it. Michael agrees and think Kyle or Turner somewhat clued Alyssa in

Yes, because Michael lost all common sense while you were outside

It was all the people who didn’t know what was going on week 3. Kyle and Turner started it

She’s crying saying her back was against the wall.
They both say they don’t have anyone in this game.
Brittany says whatever “that” was it clearly ended today. She says Michael needs to win veto, and Taylor or monte will go. She gives Alyssa all the scenarios.

Brittany: I’ll just say it. That way if I go home it is what it is. I don’t know what else to say other than it’s everybody and that includes Kyle and Turner too. But there must be more to it because we didn’t make it to final 7

Michael says he’s concerned for Kyle (but Kyle is literally not reacting at all).

Alyssa is such a weak player. She can’t even keep a secret for two days