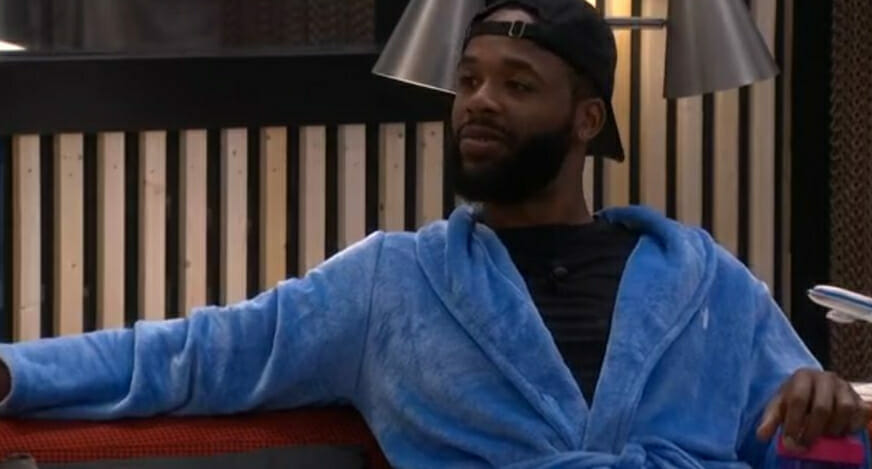 As you are aware by now, Monte pulled through with the HoH win for The Leftovers which is bad news for … ummm, the new leftovers?

Speaking of gone, will she be this week? That’s hard to say. Right now it seems Monte is going to take the safe route by nominating Alyssa and Indy as they’re the only duo that isn’t part of his alliance, but should they win PoV, he is going to debate between Nicole and Jasmine. While more would like Nicole out, that means Taylor is sitting on the block once again and he doesn’t really want to do that to her so Jasmine/Turner may end up being the replacement noms if Alyssa/Indy win veto.

Noms are in a little bit, so let’s get to the feed updates….

CBS better not rob us of a double eviction. That’s when we see the real Julie Chen come out

Nicole pretends she heard Kyle in the cabinet and tells the story from this perspective.
She also says she hates she got dragged into Ameerah’s bad game play.

“Thank God I’m the player that I am. And the person that I am” 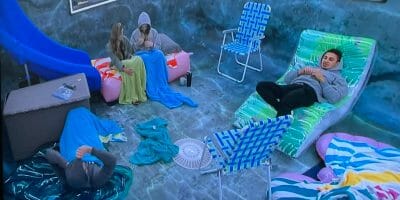 Kyle recounts the story of being stuck in the cabinet

The boys want to scare he two times in a row

She doesn’t really want to play BB. Sounds like she wants to win by accident?

He says he didn’t want to use Daniel because he has already played in a lot of comps. Monte says he did it as a favor to Indy/Alyssa so they have a chance to win something. Nicole and Taylor are still the plan as replacements.
He says again there is no alliance with the guys (Indy brought it up again)

She wishes it were different. She says she would’ve never used him as a pawn. She wants him to be honest with her (literally asking him to tell her the strategy).

She says she needs to know how to move forward.

Monte says he only told Daniel and Nicole the plan to nominate Alyssa/Indy. But when Alyssa came up to talk, Alyssa started the convo saying she was good with the plan (showing who she is working with without even knowing)