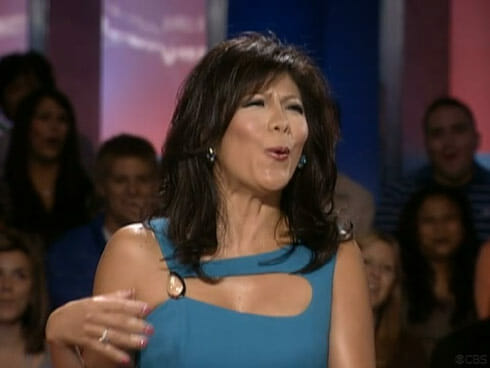 We’re days away from June and in any other year this would be the time when we guess whether Big Brother is set to have an All-Star cast or newbies (or which former cast member they’ll force on us again). This year is obviously different as we’re all wondering if there will be a season at all. Well, Deadline has been able to get in touch with someone at CBS who is feeling a bit confident about it.

Deadline – “With Love Island and Big Brother, we still hope to have on the air this summer, it could be a little later than usual but we’re still optimistic about getting those on,” CBS Entertainment President Kelly Kahl told Deadline. “Those shows turn around pretty quickly, Big Brother has live shows every week and Love Island literally airs the night after it shoots, those shows do not have long post processes.”

This is not much different than what I said in my previous post, so I almost didn’t post anything about it until I saw this on my Instagram feed: .

Now this may seem random, but the person who posted this is the casting director for both of these shows. That is important because she would obviously have more inside knowledge than almost anyone else other than the actual producers.

I know many would immediately brush it off as just her hoping, but this is someone who doesn’t automatically share her thoughts on every topic. She is notoriously tight-lipped (as you’d have to be for that job), and almost never gives hints as to the direction of the show.

Put it this way, if she knew for certain that Big Brother 22 was not going to happen this year, I really don’t think she would have said anything. On the same note, if she did know it was going to happen for certain, I also don’t think she would have said anything. This means I think Big Brother is completely still up in the air which is the best we can hope for at this point.

I know it’s not the news you wanted to hear, but it’s the best I can deliver at this point. To summarize – I think if she knew for certain one way or the other, I don’t think she would comment.

If I learn anything else, you’ll be the first to know!  Stay safe, everyone