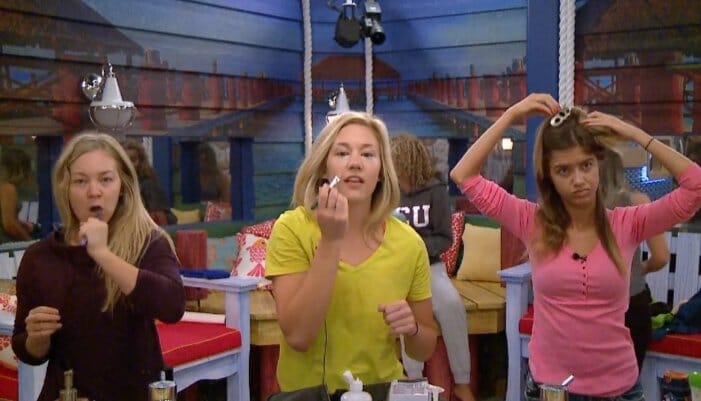 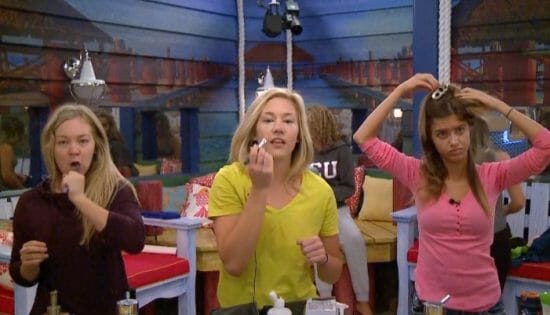 First, when you look at that picture above, you realize why Alex gave Morgan a lecture yesterday on trying to glam up more. When they’re both without makeup, they look pretty damn similar. With the amount Morgan has walked around the house with not much makeup this season, it’s a wonder people haven’t caught on yet.  Jason started to, but hasn’t really mentioned it since. I guess Justin has also commented on how much they look alike

As far as my title, I can’t help but think of ‘The Plastics’ when I see the group of Shelby, Morgan, Alex, and Whitney… so if you weren’t aware, Oct 3rd is kind of the unofficial Mean Girls day

Enough of my weird references.  Voting has ended on the 3rd nominee, and from a bunch of polls around the BB world, it appears Cornbread is the leading candidate to become the 3rd nom. I think we’re going to find out at 10am which gives them 3 hours to add Cornbread’s name to whatever Veto comp they may be setting up today.

Let’s crank out some updates: