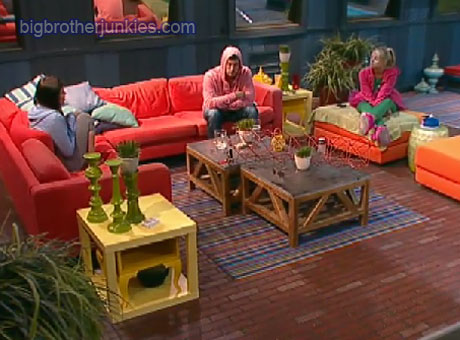 Jeff and Jordan Own The House; Adam Owns Hot Dogs

Last night I went to bed after a pretty boring evening in the house, and sure enough, as soon as I do, things heat up in both game talk, and fun.

First, the fun.   The house decided to have a hot dog eating contest, and the two challengers were Brendon and Adam.  Jeff lined up a bunch of hot dogs and was the referee through it, while all the girls did the cheering (take a guess who was the loudest, name begins with an R).   After a hard fought battle, Adam ended up victorious, and look for him next 4th of July to give Joey Chestnuts a run for his money! 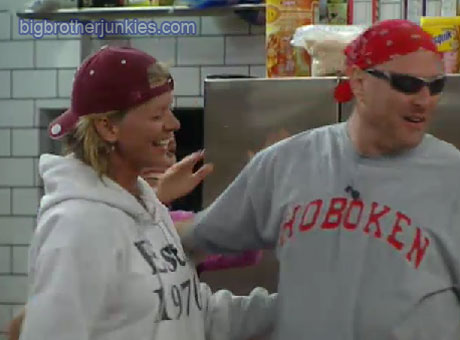 (please BB, make the HoH contest a hotdog eating contest this week, just to see Adam’s face when he has to eat more.)

Not 15 minutes after her HUBBY lost to Adam, Rachel was in the HoH room with Daniele working her to try and get HER MAN to stay.  (I like to capitalize the annoying ways she describes Brendon) 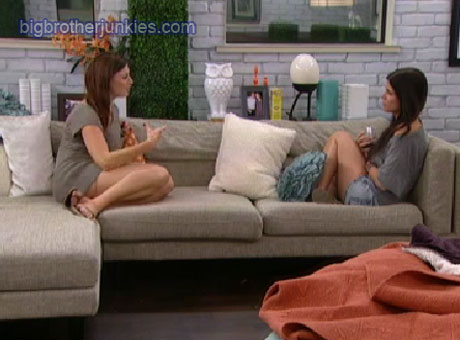 This conversation is a result of the one Rachel had with Porsche earlier in the evening where she got the bad news that Porsche is likely voting Brendon out.  Realizing her super bff has turned against her, and Adam will also likely be voting out Brendon because he’s good friends with Shelly, Rachel needs to go to the top.. the tiebreaker.

The strange part in the conversation is that Rachel is actually acting mature (for now), and the two secretly made a pact that if Brendon is voted out (and it looks to be that way right now), Daniele is going to look over her and try to keep her around.   This move is actually displayed on “Survivor” quite often, and I’m surprised it wasn’t brought up yet this season.  What power players like to do is find a 2 person alliance, cut the head off it by removing the more dominant figure, and then protecting the other one.  Shit, this is done in nature when a lion comes in and kicks out the leader, then just walks away with his pack.

It’s refreshing to see someone actually strategizing like this instead of the typical backdoor plan that is used about 5 billion times a season.   By keeping Rachel in the house as a potential ally,  you get a vote back, and in the worst case situation, if you’re in the final 2 with her, you probably have a few votes just because of that.  As long as Daniele manages to keep her hands blood free if/when Kalia and Porsche go. 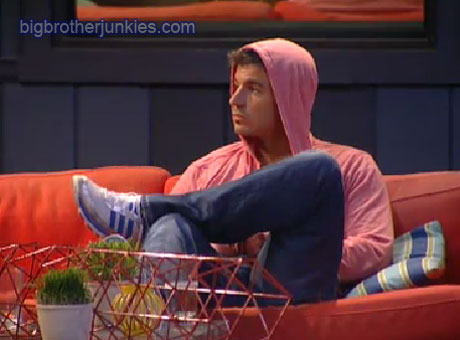 Now, here is when things get interesting.    After what sounded like quite a few drinks by Daniele, she found herself outside chatting with both Jeff and Jordan, and for the better part of the conversation, she gets into full ass kissing mode.    Last week when Kalia was HoH, she spent pretty much the entire week kissing Jeff’s ass, but that was due to him basically intimidating her into doing so.   This week, the guy owns the house so much, he doesn’t even need to intimidate the HOH for them to come up and assure him that he’s safe.

I don’t understand it.  They’ve won like 2 competitions the entire time they’ve been in the house, are some of the most likeable people (which means they’re threats in the end), yet everyone keeps going way out of their way to make sure they’re happy.   She spent a very long time coming clean about her alliances with Brendon and Rachel, Dominic, etc.  Explaining how she made a mistake by trying to backdoor J/J, and it was mostly to make her mark since she was getting a free ride with the golden key.   My question is, why Jeff and Jordan, and why now?

Don’t get me wrong, I think J/J are good players and actually would like to see them in the final 2, but what do they have over the house that’s making people act like this?  Kalia completely humiliated herself bending over for Jeff during the veto competition last week, and now Dani is out there?  Is this a game move?  Is she taking tips from Shelly on how to play both sides of the house before it blows up in your face?

My explanation to this is that Daniele knows everyone in the house right now will be in the jury when they’re removed, so the time for pissing people off is over, and she’s going to play the game like her father.  She’ll still try to screw people, but at least this time she’ll at least kiss them first.

I’m sure I’m missing some ramblings from inside the house last night, but this is the best I could come up with considering the super late start I had due to trying to fix my girlfriends broken monitor all morning, but I’ll try and get a live blog thread going when more of the house wakes up.  Hopefully we can get a feel of where Daniele stands today now that she’s sober.

Previous Caption Contest – Aug 15th 2011
Next Jeff And Rachel: Battle Of The Ages