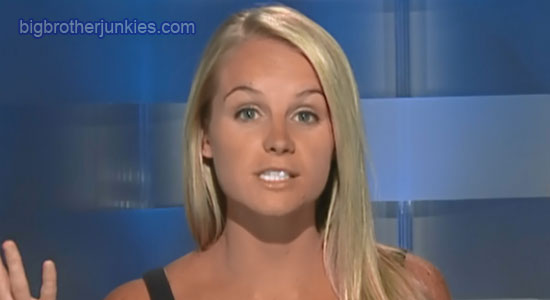 Can Jordan Be The First Two-Time Winner?

Aside from Adam doing his nightly rambling to the cameras sounding like someone who has been in the house way too long, the house is and has been very quiet. Kalia is barking up the wrong tree by constantly pestering Adam to use the power of veto, instead of taking my advice and trying to bully Rachel.

Kalia, Adam is done with you.  Accept it.  You voted for him to leave just a few days ago, do you really think he’s going to save you or your alliance?  Sure, Porsche may shave his back, and those two get along well, but Adam has been in the pocket of the veterans all season long.  You had him for a few days, but sealed his return to the vets when  you said his name in the diary room.  It’s over, move on.

That brings me to the point of this thread.  Tomorrow, the game will likely be 3 against 1 (Adam, Jordan, Rachel versus either Kalia or Porsche), and it will take a miracle by one of the two remaining “newbies” to see the final 2.  Can it happen?  Sure.. but when you’re outmatched on nearly every level competitively by Rachel, it’s probably not going to.

Rachel has been pretty adamant about taking “America’s Sweetheart” and Big Brother 11 winner – Jordan – to the final 2 with her if she has the choice.  Is that the right move for her?  Can Jordan actually win this season?  For arguments sake, let’s say Rachel and Jordan are in the final 2, who really has the votes?

Shelly will undoubtedly vote for Jordan simply because she’s trying to keep friends with the pair. She feels terrible for betraying them, and will kiss their ass regardless of who Jordan opposes.

All things equal, Rachel wins hands down.  However, this is Big Brother, things are not always equal.  Despite being worse competitively than the newbies Jordan complains about, she has a huge figure sitting in the jury for her, Jeff.   Jeff was the single most intimidating guy in the housethis season and has completely altered some players decisions for his own gain.  He had the head of household (Kalia) cheering for him in the veto competition after he threatened that he was going to be coming after her hard.  We haven’t seen that type of manipulation since players like Dick and Will were in the house.

Because he is sitting in the jury doing his thing, here is how I see the votes breaking down in a Rachel vs Jordan situation for the “wildcard” votes listed above.

Daniele:   She has more respect in the game of Big Brother than she does in Rachel, but she knows Rachel and Jordan would not in the finals without Rachel carrying the load.    Vote: Rachel

Adam: He is a tough vote. Like Shelly, he has been in the pocket of Jeff all season except for a few brief moments.  He has regretted swaying, and feels like he has to make it up to Jeff for the rest of his life to convince him they’re still buddies.  However, Adam also has a lot of respect in the game, and this will tear him up inside.  Vote: Jordan

Porsche: She shared some type of friendship with Rachel through the game and will probably be easily convinced by Daniele for this vote.  Vote: Rachel

Kalia: It will be kind of ironic that the girl who was bashed pretty hard by both Jordan and Rachel will be the vote to determine who gets the extra zero on their check.   In the end, I bet Jeff will convince her that voting her Jordan is like voting for him, and that may be the determining factor.  Vote: Jordan

As it stands today, it is very possible that Jordan will become the first two-time winner of Big Brother.  Will she deserve it?  Will she really get the votes?  What do you guys think.. comment below!

Previous Adam Preparing To Cut Ties With The Newbies
Next Power Of Veto Results, Adam Doesn’t Use It