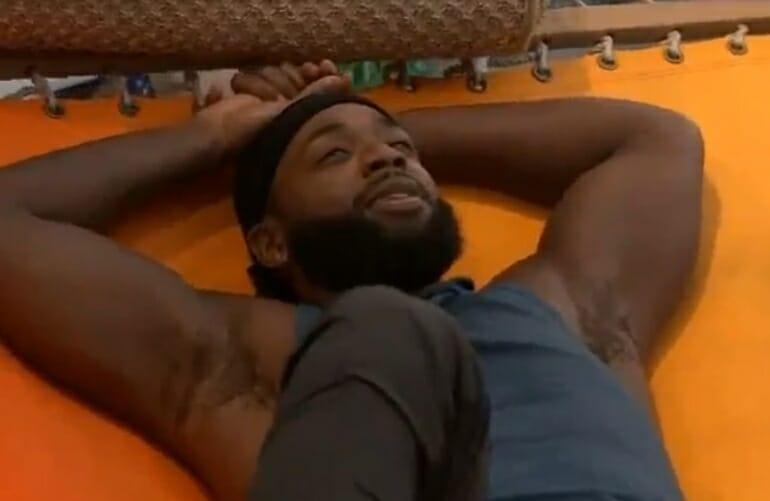 Good evening, everyone. Finally made it to the airport and have some wifi so had a chance to catch up on a few things and holy shit. Why does the most interesting stuff happen the second I go away for a few days. Come on. Although as I mentioned yesterday, it sounds like feeds were down for most of the time so it doesn’t really matter.

Anyway, back to me because I’m the most important person ever (kidding) – flight is delayed until 11:30pm pst so I won’t be rolling into Beantown until around 7am est. Let’s hope I can sleep on the flight. Had some seriously bad sleep this weekend so there is a chance I’m out like a light once we take off.

Alright, so I want to address something. Wtf is up with Twitter? Is that the most toxic place on the internet? I see a collection of some of the worst people in the world there yet people thought Elon was going to turn that into a free speech paradise. News flash: Twitter is far and away the least censored major social media platform. Just browse the #bb24 tag to see that bullshit.

Speaking of bullshit, I see Hannah Chaddah decided to chime in this morning by claiming that on behalf of Chicago AND the surrounding areas, they don’t claim Terrance. Talk about letting a little stint on a reality show go to your head. First off, Hannah, you were an afterthought. You only joined the cookout because the name was slipped to you and they wanted the extra vote. Let’s stop pretending to be a leader of the cookout. The real leader is Tiffany who is the absolute best player and best person in that alliance by a fucking mile. I loved Xavier too, but Tiffany is just the queen and it seems like Taylor is becoming a princess because I am noticing a ton of Tiffany’s maturity whenever Taylor speaks.

Back to the afterthought Chaddah – Apparently people are pissed that he’s being mature and listening to Kyle with an open mind and willing to forgive him. They are now bringing up random shit he said early in the season as evidence of him being a bad dude, but it’s bullshit. And you know, as much as I like/love Taylor, you also need to keep in mind that Terrance wants to win this game. He’s a fighter and defending Kyle is his best move. Fighting to keep the most hated person in the house in the game is absolutely brilliant.

FIrst, Kyle hopefully repays that favor if he is lucky enough to win his way to the final 3, and if he does pick Terrance, Terrance wins. Nobody is gonna vote for Kyle over Terrance. Kyle is his key to 750 and he knows it. He’ll probably never talk to Kyle outside the show and I don’t care if he does. I’m all about good game moves and for Terrance specifically, keeping Kyle IS the right game move.

I also don’t blame Kyle for speculating on the CO pt2. I guarantee every single person in that house wondered if a CO2 was forming – including Taylor who was on the outside early on. Kyle is the only person willing to say what they were all thinking out loud.

Now, does this excuse his alleged retaliation by trying to form an all-white alliance (I haven’t seen him say it, just heard through the grapevine) – no. You kind of need to have a guarantee on that hunch before you go forming counter-CO alliances. It’s just the way life is. I could think of a countless other examples of non POC where the same holds true, but I’m not going to get into that.

I know this is kind of a controversial take but the only thing I really had to rely on this weekend was Twitter and that fucking place is TOXIC. To see people make blind accusations and made up quotes about players so they can push their standome is just gross. If someone said something, show a receipt and let us judge. There are cameras on mostly 24./7 so if you can’t find an actual receipt of something someone said, it’s probably hearsay and that doesn’t fly with me.

Enough ranting. Just some time to kill. Like I said, I won’t be back in the Bean and settled in until sometime around noon tomorrow (Wed) but things back to normal after that. Have a good night!

She says they can’t do turner, unless he gives them a reason (aka they just change their mind)
She still says Turner would be her first choice, but she wants to honor what they said as a token of “beyond game”

The try to decide if they should go after monte next week or wait. He said if they can get by next week, winning one competition 3 weeks in a row is doable 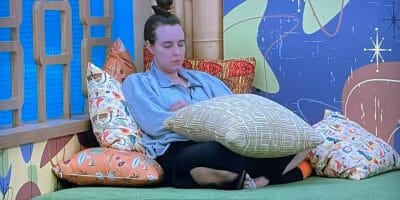 He says he’ll tell them exactly what happened

How to have these types of conversations and make amends and move forward.
Taylor says she knows the outside world will not be on his side. But he’s still her friend. Taylor says he needs to take time and decompress. She says she’ll share some resources with him outside the house

Taylor shares her response to Kyle’s comments and explains her viewpoint from a game perspective.
Kyle says alyssa broke up with him. He admits to making terrible moves and assumptions and hopes he can be forgiven