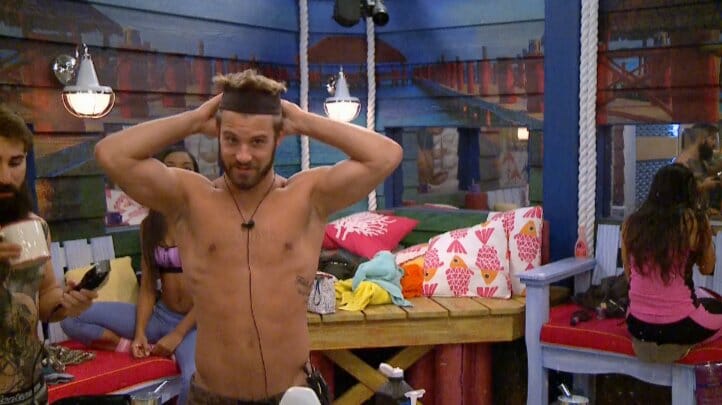 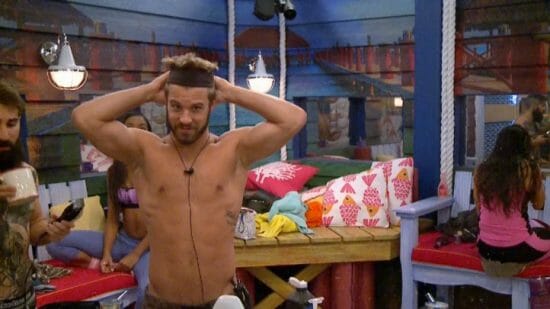 Before his haircut that I’m sure CBS will love

Good evening, everyone! We’re closing in on a milestone in the Big Brother house, and that is the ‘buyback’ (or in this case, Battle Back) competition. Pretty much every season they have someone come back, and with the extra elaborate backyard setup this week (backyard has been closed since Tuesday), they’re speculating in the house that this year it will be pre-jury. Unfortunately this time, we don’t have someone we can roll our eyes at when they volunteer to be evicted so they can play in it (second Lawon reference today!).  Anyway, this will probably be the last big twist of the summer, and from here on out, we’ll have routine weeks with the occasional luxury comp or pandora’s box mixed in.

As I’m fully expecting, Tiffany should be playing in that competition, and it would be hilarious if she is back in the house by the end of the night.  Of course, we won’t actually see that until tomorrow as it sounds more and more likely the feeds will be off until tomorrow at 9pm pst. I’ll make a post reminding you guys tomorrow when you come here looking to find out who won the Battle Back competition. This is one of those times you’ll know when I do (unless production messes up and lets it slip).

Also, the plugin I bought for the live stream sucks. It is what crashed my site last week and nearly did it again when I tried to use it this week. So, sticking to the typical format the rest of the season.

Since this is a live night, let me get some plugs in!

Ok, here are the updates..

Feeds down until tomorrow, but I will make a post tomorrow afternoon anyway.  Time for a much needed day off to catch up on TV and relax.