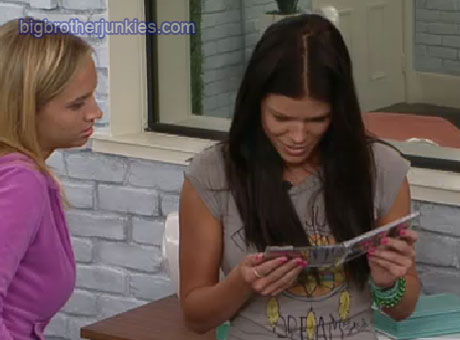 Wow, what a roller coaster of events in the past few days.  In the past week alone, Rachel went from losing the love of her life to a mysterious death that lasts for about 6 weeks, to massive highs and lows during that period dealing with the 5 stages of grief. However, just after ‘acceptance’, she learned there was a chance of an early revival of her FIANCEE which sent her into a massive annoying mushy high, especially after the chance came true when Brendon (not surprisingly) beat Lawon in a challenge to return to the house.

(note: As far as it being fixed that Brendon returned, while I like a good conspiracy theory, I did watch the polls on this site and other BB sites.  Cassi had a huge lead early, but as the week went on, Brendon made a massive surge in every poll I saw.  This lead me to predict that Brendon was the one returning even before it happened.  How 1 million+ wanted to see Rachel and Brendon annoyingly acting like a stereotypical newlywed couple on national tv is beyond me) 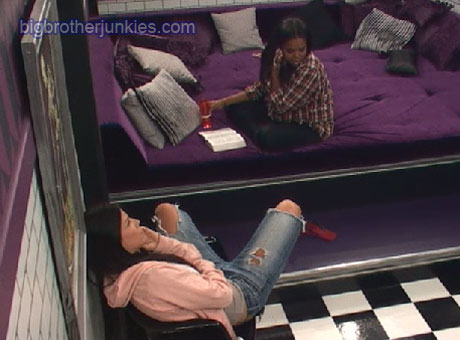 This was certainly the end of the pair that has grown quite annoying with their terrible decision making in the house recently, but there was one last chance for them, and that was the Head of Household competition.   With Kalia unable to play, everything was riding on Daniele to pull through, and when the feeds came back up around 1:00am est, the mood in the house had a much different feel.  Daniele had the key around their neck, and the fab four had a much more somber tone in their voices.

While I’m not going to give you a full transcript of the overnight talk, I’ll leave that to my friend Jamie at her Big Brother blog.   My job is to summarize for you, and this is how it looks right now:

The interesting, and I’m sure demoralizing part on team Danlia is that everything that happened in the past 2 weeks from the endurance competition to Kalia’s meltdowns, etc were completely wiped away by the terrible decisions made by Kalia this past week.   Because the girls still have a major mountain to climb, unless they can somehow convince Adam he’s stupid for clinging to a 4 + 1 person alliance, I expect Daniele and Kalia to still end up in the jury.

When Kalia goes home, and does some searches for her name, I hope she finds this part.   Had she not been intimidated, this is what should have happened:

Because of Kalia’s terrible fear-based decision, even when one of them goes home this week, it’s still likely Jeff, Jordan, Rachel, Shelly, Adam vs Daniele, Kalia, and a flipflopping Porsche.  Well, done, Kalia.

Anyway, enough rambling, I’ll keep you informed of any developments that happen in the house, or you can see them for yourself by picking up the live feeds here. Thanks for reading!

ABOUT US
FOLLOW US
©
wpDiscuz
0
0
Would love your thoughts, please comment.x
()
x
| Reply