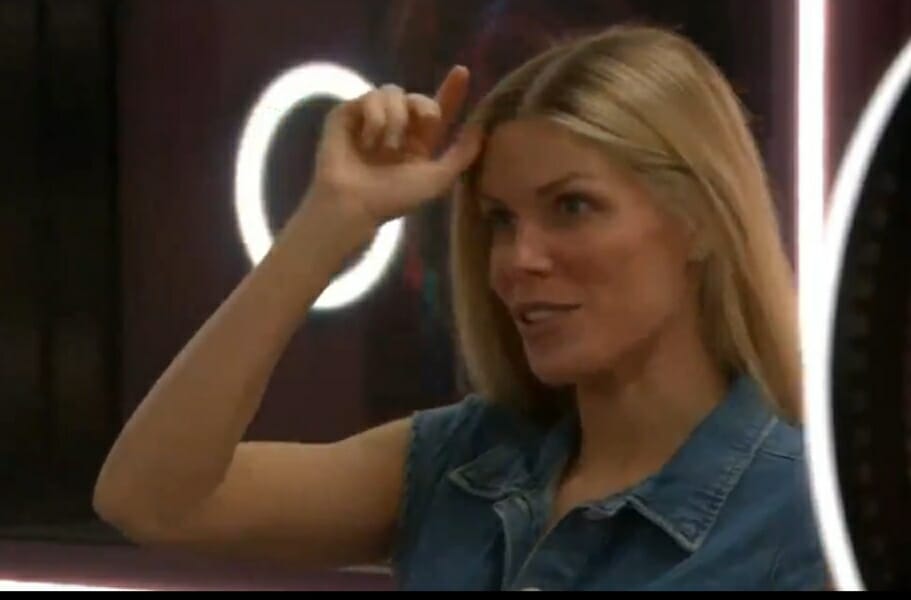 The first live show of the season, the official turn into jury, and one of the most traditional endurance competitions all turn the page into week 6 of Big Brother: All-Stars (2).

1) DANI – Dani outlast everyone last night to win her first comp of the season. It couldn’t have come at a better time for her. She has the Replay Power in her pocket that allows the outgoing HOH to play in the following HOH competition and she is building ties with Da’Vonne after a hectic Christmas HOH reign. What Day does not know is that Dani and Nicole were pushing Christmas to put her and her best friend, Bayleigh, up. Dani has expressed interest in backdooring Tyler so don’t be surprised if she pulls the trigger. She pulled more allies to her side last week and does not look a bit concerned with the house.

2) NICOLE – Nicole Franzel is best friends with Dani Donato. In case that wasn’t clear by now, now you know. She won’t go near the block while Dani is in power and there are still other targets deemed more dangerous according to the house. Cody wants to go after Ian and Kevin (go figure on Kevin, but Ian at least makes sense. More on that later.).Nicole apologized to Ian last night for anytime she hurt his feelings. Production likely spoke with Dani and Nicole in the Diary Room about their recent conversation bad-mouthing Ian. As this week ends, Nicole’s ally Dani will more likely than not play in next week’s HOH comp, thereby increasing Nicole’s chances that her side will remain in power.

3) CODY – The third to last to fall from the HOH wall comp last night is sitting pretty this week. He is closely aligned with Dani. He won’t face the block and, with talks of a backdoor plan to eliminate Tyler, Cody has yet to significantly raise his voice in protest. Especially if Tyler gets sent to jury, Cody is placed well within the house. Cody is the best male athlete, next to Tyler, in the house. His relationships with Enzo, Tyler, Nicole F, and Dani all help him this week.

4) DAY – Day jumped ahead in my list due to her maneuvering while on the chopping block and the argument against Christmas. Day spoke with people on the opposite side of the house, specifically Dani and Nicole, in conversations that benefitted her. Dani even asked Day what she would do last night after everyone left the HOH room. Day won’t face the block this week and, possibly, even next week.

5) ENZO –  The Meow-Meow is on no one’s radar despite Enzo playing a remarkable social game. Houseguests and BB fans have different views on Enzo’s place in his alliances. While those locked inside Studio City look at Enzo as on the bottom of alliance tiers, people watching and discussing put the Meow-Meow close to the top of those same alliances. He is friendly with everyone, gives off a great vibe, and has not ruffled any feathers. As boring as it might have been, he played his HOH the right way. Nobody was upset with him and nobody is coming after him.

6) MEMPHIS – The S10 veteran just keep floating by. He is playing a game that is both floater and cunning strategist. I certainly give more credit to Memphis now for his game in S10 after watching him this season. Twelve years ago saw him being overshadowed by one the all-time great players stealing the season. In 2020, Memphis still has a decent enough social game, but I think getting older helped Memphis understand the strategical needs of Big Brother.

7) IAN – The wiz kid from S14 is close with Dani through association. His ride-or-die Nicole is and will be in Dani’s ear, which may or may not prove to be beneficial. Ian made a bold, slick move feeding Kaysar information and then exposing the house. That ultimately didn’t prevail because Christmas is on the side of the house that Kaysar was attacking, but Ian did show what he is capable of. The exposition could have been explosive in earlier seasons. Ian should be watchful this week because people close to Dani, except Nicole, really really want him to feel the block.

8) CHRISTMAS – Oh Xmas, Xmas, Xmas. She played her HOH week bad, and I mean bad. She lost an ally in Day, weakly defended her argument for her nominations, and managed to hinder her place in the house. Christmas’s allies are more weary around her now. She does have her blocker power that stops the HOH from putting up a nominee at one of the next two Veto meetings. I expect she will play her power if she or Tyler goes up as a replacement nominee. However, if Christmas uses it on Tyler, then Dani could turn around and put Christmas on the block. This week is exciting for several reasons, with the potential revolving door of nominees being one of those reasons.

9) TYLER – What a week for Tyler. Instead of recapping the entire story, I’ll just say Tyler messed up bad. He has been on Dani’s target list for a while now so even a usual flawless week from Tyler probably wouldn’t have anything to do with this week. Tyler needs to play in the Veto comp to secure his safety. Christmas might also save him if he is put up as a replacement nom.

10) DAVID – The reason I have David placed 10th instead of last at 11th is that he has the Disruptor Power. The Disruptor Power allows David to stop one houseguest, including himself, from being nominated at one of the next two nomination ceremonies. Dani has talked about putting Kevin up and has yet to indicate who the second nom would be. Dani’s ally Cody wants David out and Memphis has made no secret that he’d be happy for David to be evicted. We could see David use his power, forcing Dani to put up someone else.

11) KEVIN – Kevin is playing a floating game. He is well-liked by everyone in the house, but nobody wants to go far with him. Even that briefly lived alliance with Enzo and Christmas is… well… dead at this point. Christmas thought about putting Kevin up before deciding on Bay/Day.

12) BAYLEIGH – A veteran of both Big Brother and The Challenge, this model’s time in BB22 is over. She was evicted by a 9-0 vote and knew that she was going home. It’s best for her because she will be going home to Swaggy and can just watch the game. She did not have a blowup, like some people including myself expected her to have this season (unless you count punching a hole in the wall, which didn’t even get covered in the show’s edit). Overall, Bay did a good job. I don’t think she deserved to go home. I also don’t think Bay is cut out for Big Brother. It was great watching her again. I wish her and Swaggy all the best! Evicted week 5.