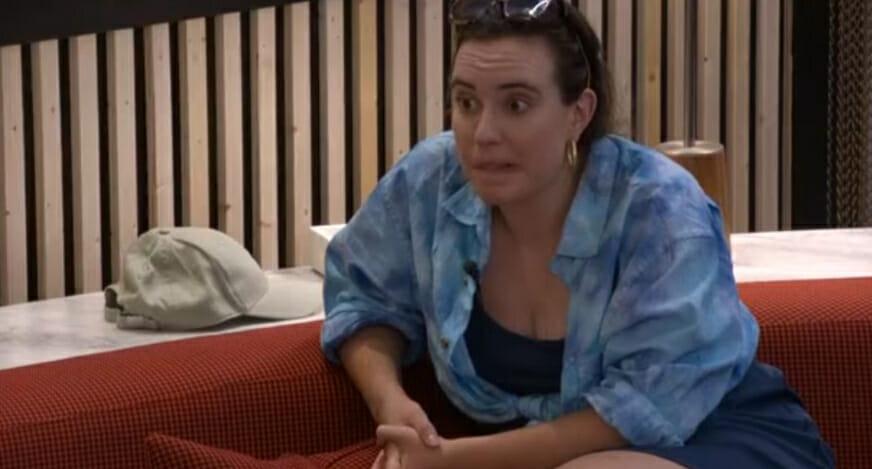 It’s another Monday in the Big Brother house which means it’s another veto meeting!

While there was a ton of back and forth on whether or not Michael would use the veto today, he has decided to go through with the original plan and use the veto to put Daniel/Kyle on the block. Daniel will be the final person not in the jury house and the bestie twist will likely end (IMO).

Michael thought long and hard about not using the veto and breaking up his own alliance to take the shot at Monte that is available to him, and while I think that’s probably his best move, he is going to stick with the leftovers until they blindside him and send him to jury. Because we all know that is what will happen. It’s almost a matter of ‘when’ rather than ‘if’.

Don’t get me wrong, getting Monte out was in no way the ‘better’ move. Switching alliances midway through the season is terrible and asking for trouble. Jumping from a Joseph to a Jasmine is like being traded from the Astros to the Nationals. However, Michael has 4 veto wins and 1 HoH win. He is super well-liked by both sides of the house and would likely win in a unanimous vote if he sat in the f2 with anyone in the house right now. The target on his back is absolutely enormous and he will almost certainly be the first person the Leftovers target when they are forced to cannibalize.

Michael also has a very good point that the house wants Monte out so he should hope the ‘other side’ wins HoH this week and actually takes that shot. Keeping Monte in will be a good shield for him – until the shield turns on him. It’s all about timing it right so he ditches the shield before the shield can betray him.

Alright enough rambling. As I said, veto will be used today, but here are the updates!

Because they didn’t get Michael out. Bro, Michael has had immunity every week except for last and Monte is his ally (the HoH)

Joseph chatting with Kyle in the HoH room. Joseph tells him that Jasmine is thinking of sending him (Kyle) home.

He says it’ll be a new way of voting.
It’s called a bitter juror.

Brittany: how are you feeling?
Taylor: Its a good day.

Monte says Jasmine wanted to talk to him as soon as he woke up this morning. She tells Monte that she has been advocating for Daniel all week with Michael.
Jasmine also asked Michael if he had said anything to monte about throwing his name out 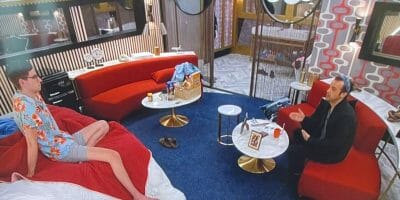 Michael doesn’t commit to anything. Daniel tells Jasmine to Michael with the same talking points

Terrance and Daniel quickly tag up. They discuss throwing out that Turner is on board for evicting Monte instead this week

Alyssa and kyle making out in the bathroom