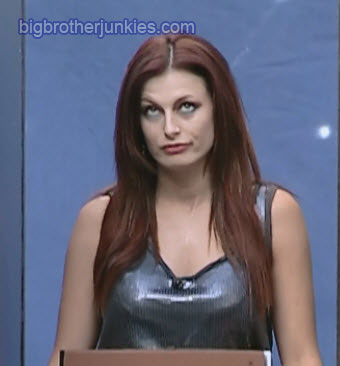 An Open Letter To Rachel

If you’re reading this, that means your time in Big Brother 13 has come to an end.  You’re with $500,000 richer, or your bank account is similar to what it was when you went in the house.   This may seem irrelevant at this point, but I know you love the attention, are a very polarizing figure, and will likely be back on reality TV at some point in the future whether you won or not.

Here is my advice to you, embrace your inner villain!   You’re far too competitive of a person to not have a villainous side, whether your intentions are pure or not.  I’m sure when you’re off camera, you are possibly a very nice person with a huge heart.  The reason why America doesn’t think very highly of you is because you want to be treated that way while playing the game, but your actions don’t warrant it.

You’re the villain in these shows.  It’s not a bad thing, either. Shows need a villain otherwise they become very stale and lose ratings.  Imagine a world full of heroes….  you can’t! That doesn’t happen because for every hero, there is a villain to compliment them.  Superman and Lex Luther,  Batman and The Joker, Luke Skywalker and Darth Vader, Bad Hat Harry and Jaws (ok, Harry wasn’t the hero, but he rocks).

In order for you to go from the status of “whiny girl who cries in the bushes” to the level of “the girl you love to hate” (like a Russell Hantz), you need to embrace your inner bitch and accept that you’re not going to be the Jordan of the house.  You don’t want to be anyway, she’s boring!     When someone asks you why you put them on the block, don’t cry about it and act like you’re hurt.  Tell them it’s part of the game and if they don’t like it, go cry in the bushes.

So when you get that call sometime in the next year or so to be a contestant on The Amazing Race or another show, and we know it will, don’t pass it up worrying about your rep.  Accept that call,  and be the type of villain that would make a Jerri Manthey proud.   One note though, leave Brendon at home.  Your fights are boring and mind numbing.   If you do go on a show with him again and decide to fight the entire time, at least do us a favor and be entertaining with it.   Tell him he’s acting like a dick and calling him Bookie is no big deal, and if he has a problem with it, go cry in the bushes!