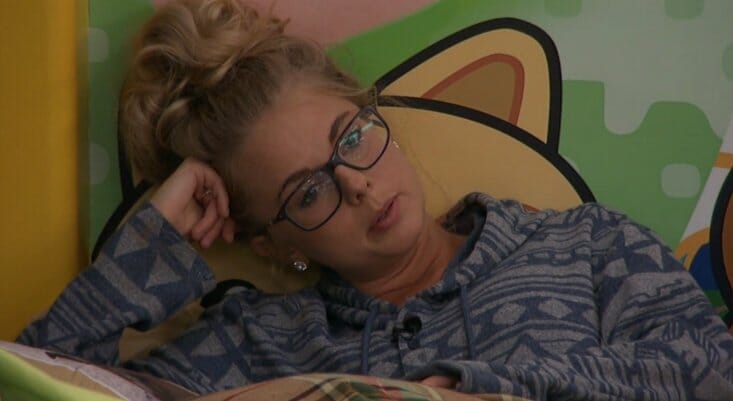 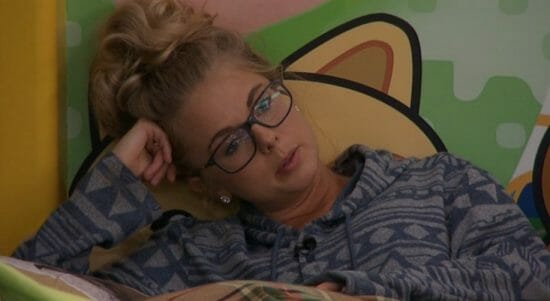 Nicole is already sulking over Corey being gone

I am going to say it now, if Big Brother does not have a side feed option for the jury house in the future, they’re doing themselves an injustice. While I know the jury house is probably boring 99% of the time, I’d still rather sit there and watch Michelle paint a SNicole (snake Nicole) than listen to the same conversations by the same 3-4 people.  The jury was electric tonight. Da’Vonne calling Paulie short, so he takes a shot at her parenting, she freaks out and knocks Bridgette out of the way to get in his face. Gold.  Then the fight switches to Da’ and Z with people you thought you were forgotten houseguests (poor Glenn) stepping in to break them up. The only thing missing was for Michelle to come out of nowhere and elbow drop Paulie in the back.

But… here we are. No jury house. Just watching Nicole, Paul, and James talk.  Worst part of the season.  They need to go from the final 6 to a winner in a week.

There is probably going to be a competition tonight.  I am not sure if we’ll be able to actually watch it on the feeds, but I’ll keep them running just to see. If the HoH comp does play out live, I will be sure to tweet it out, so be sure your’e following me

And that’s it for me tonight. They are cleaning up and will eat, then do nothing until the next comp (Friday?). Congrats to Paul for the big round 1 win. It doesn’t guarantee him final 2, but it gives him a 50/50 chance at it now (unless James pulls off a miracle win in round 2, then Paul’s chances shoot up dramatically)

Afternoon Feeds; Prepping For 3
6 years ago 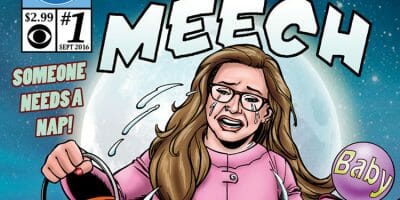