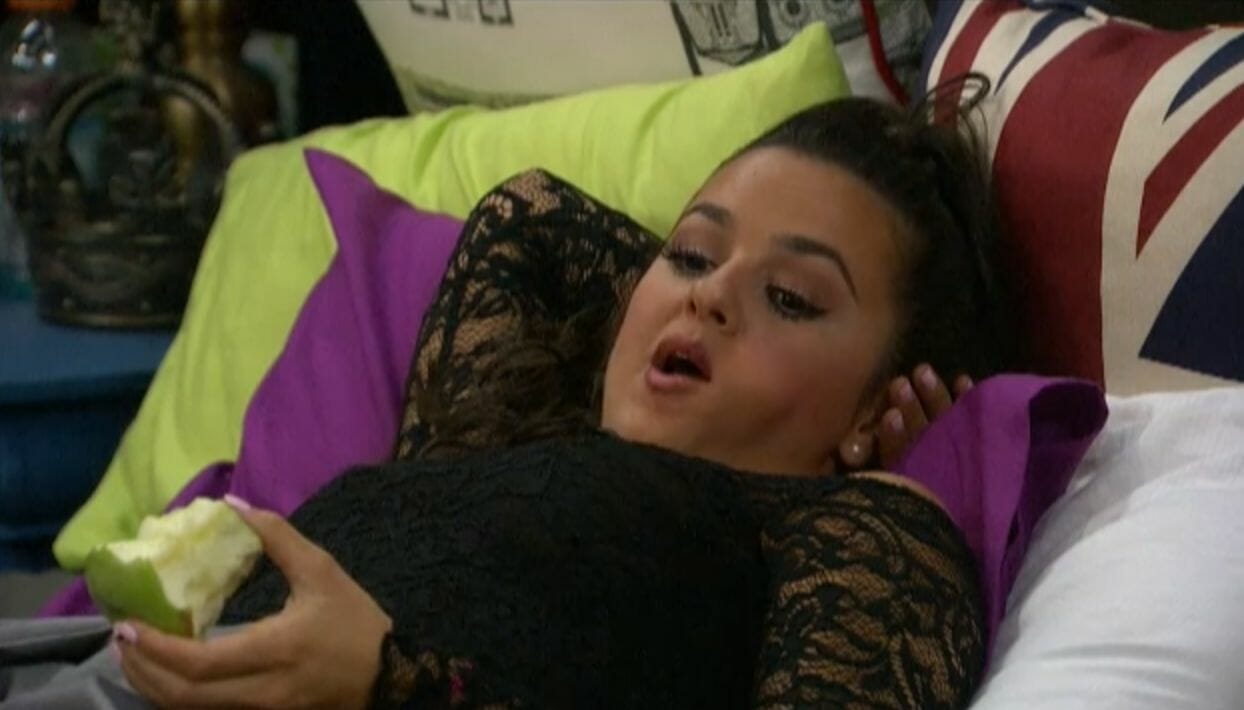 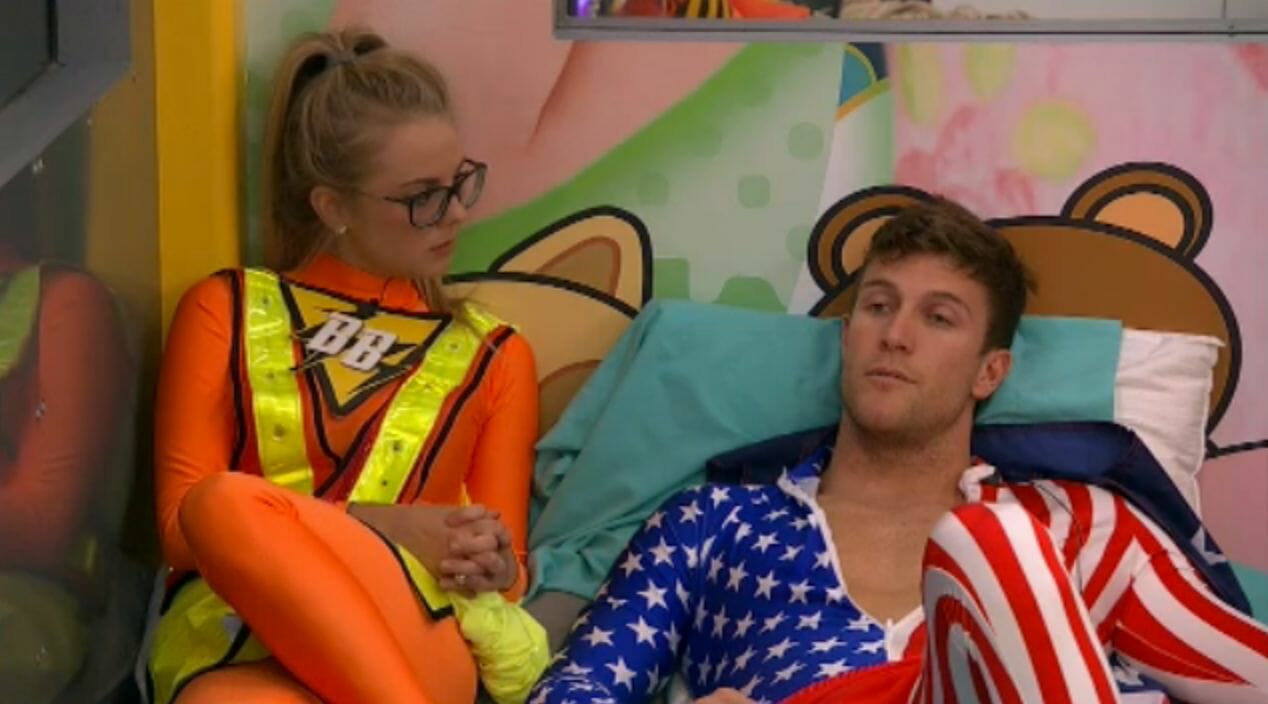 Could these two be in trouble?

I was going to wait a little bit to start this thread, but when the feeds came back on, there was a lot going on. Let me recap a little bit here.. Apparently Paulie said something to Michelle about working with Corey/Nicole to go after Victor and Paul and James, and there was worry that Nicole and James were working together. It seems that Nicole told James, “if there’s an elimination round, put up Paul and Michelle next to each other.” That didn’t set well with Paul so he is now chatting with Natalie about the situation to which he said the five of them need to stick together to get Nicole/Corey out. They keep mentioning how someone spilled the beans about “the plan” (which plan??), and it sounds like Natalie said something to Paulie before he left about how her and Bridgette were the ones who got the group against him. Nicole and Corey are chatting about how they were worried, but Corey thinks they’re safe because of a conversation he had with Natalie. Nicole thinks it’ll be the slippery slope comp. Natalie is also upset about the “Venezuelan Princess” comment that Paulie made.

I’m as confused as all of you probably are, but I’m sure this will all explain itself eventually. There’s a thousand different things being talked about currently. Let’s jump into the feeds..

Check back for the overnight recap in the morning. I’m confident that Pamela will do a great job reporting what goes on tonight!