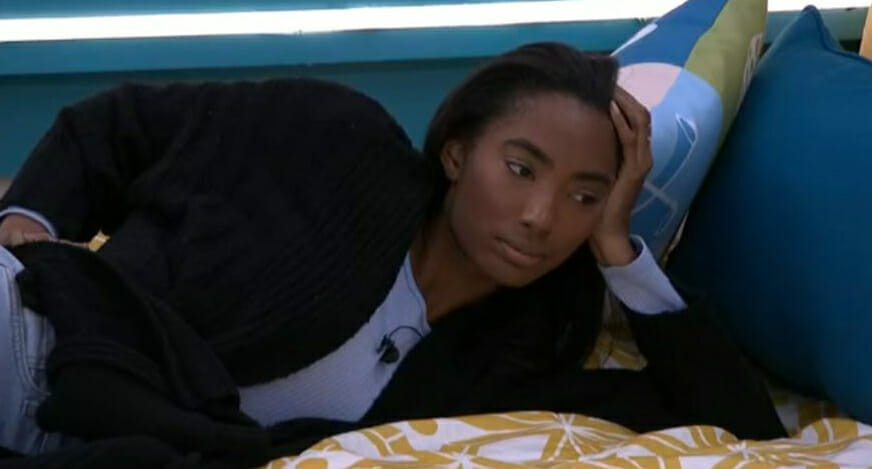 It’s Saturday in the Big Brother house and it’s a big weekend for both Team Michael and Team Taylor as one of those two seems to be the option to be on the block at the end of the week.

Right now, the plan is to remove team Michael from the block and finally get out the very evil Taylor (sarcasm), but they wouldn’t be too sad if Brittany were to walk, either. That said, they probably also wouldn’t be too bothered if the veto king were to find his way out the door, although it’s not something they’re actively aiming for right now.

We’re starting to settle into the weird part of the season where showmances are really trying hard to form, but none seem to be taking so far (yay). Kyle and Alyssa are the closest thing to a showmance and that’s not very close at all right now.

I will say, it was rough watching the feeds last night. Brittany was having a meltdown on how everyone else fits in so well in the house while she feels like an outcast (I can relate!), while Taylor is still wondering why the hell everyone is going after her (me too). It’s like they picked her as the week 1 target and decided they can’t do anything until that mission is complete – unless someone like Pooch offers himself up on a silver platter.

Alright, let’s get to the updates!

Every time they get into details of the Daniel / Taylor blowup they cut feeds. Shocker.

Fingers crossed they are going to push for another option!

I feel sad for him. (Although Bret yelling ‘defense’ in hide and go veto is one of my faves)

They talk about how Monte is labeled as a threat/strategic but they are labeled as cold blooded. 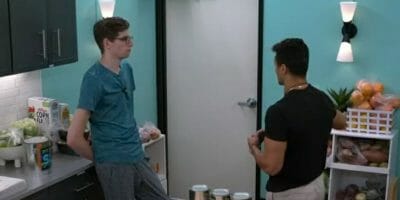 If you take away his incredible ego regarding his body, he is actually really, really nice to the people in the house. And that said, if I had his body, I’d probably have his ego, too

Taking to Ameerah in the bedroom. Ameerah tells her the house doesn’t know who she really is.

He tells her to maybe have an excuse to the house for her actions. Is she an only child, maybe she just isn’t comfortable in the house yet. (I really hope Daniel and Nicole get snarky questions from Julie. So annoyed they keep telling her to apologize for speaking.)

Taylor told Daniel the game can turn you into a new person. She says she won miss congeniality and feels she is being labeled completely different on the inside of the house. Daniel spun this to say she can change her personality to advance in the game/she’s fake.