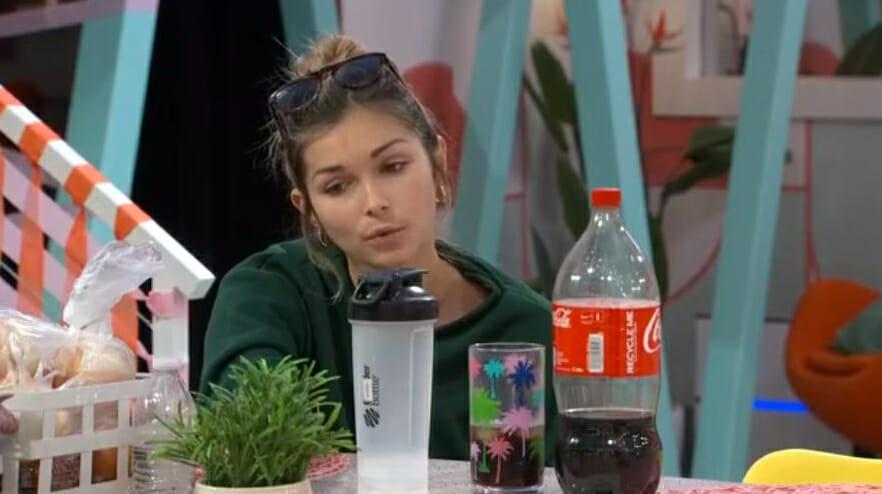 As the season winds down, feeds get slow so you’re probably not slamming refresh to get updates especially considering there isn’t much to update. So this is when I typically start doing more recap type of posts rather than update all day because most can get condensed to a post.

Brittany won PoV today which put Monte in a tricky situation because he now has to get Taylor on the block without exposing his connection to Turner. Needless to say, he failed pretty hard with that mission.

First, Britt basically threatened him that if he doesn’t nominate Turner, he’ll be her target (paraphrased), and even if she didn’t mean it like that, that’s how he took it. Secondly, she then went on to pull the ‘I’m just happy with second place so I can start a family’ card which pissed him off. He told Turner that was disgusting, and he’s right. People try this shit every season so they can claw along. They bring in personal matters to the game to try and get people to feel sorry about voting them out. Like Monte and the rest couldn’t also benefit from the second place check?

However, later on in the day, Monte had a talk with Taylor and told her he’d be nominating her. His excuse was that this is to see if Brittany is loyal to their final 3 because if he puts her (T) on the block then they can see if Britt runs to Turner to scheme something up. Taylor discussed this with Britt and both realized that’s a pretty terrible excuse and said he has to be working with Turner – and they’re right. He allegedly had a final 3 with Britt and Taylor and nominates Taylor over Turner putting her game at risk? Yea, alliances don’t do that.

Taylor told her to just chill which I don’t think Britt will be able to do.

Outside, Monte told Turner that he wants to keep Taylor because it makes no sense to get rid of someone who could possibly work with them. This is where the problem might come in because it’s definitely far better for Turner to keep Alyssa than it would be Taylor. While Turner is telling Monte what he wants to hear and will do the same to Taylor, I’m not convinced he wants to vote out Alyssa. In fact, I know he’s not. The only problem is, he’s mostly powerless because he’d have to convince Britt to flip otherwise Monte is the tiebreaker and that exposes him. So, my guess is later in the week he’ll campaign to Monte to keep Alyssa who will (in his head) hopefully give Britt the approval to vote out Taylor.

Will that work? I don’t think so. It’s really not in Monte’s best interest to keep Alyssa and he has far more power as the tiebreaker this week so his opinion is what matters the most. Unless Turner can somehow convince Monte that Taylor is a bigger threat than he thinks she is without revealing his loyalty to Alyssa, I’m fairly confident Alyssa is leaving.

In the end, I think Turner will accept that Monte is his path to the final 2 because he has to.