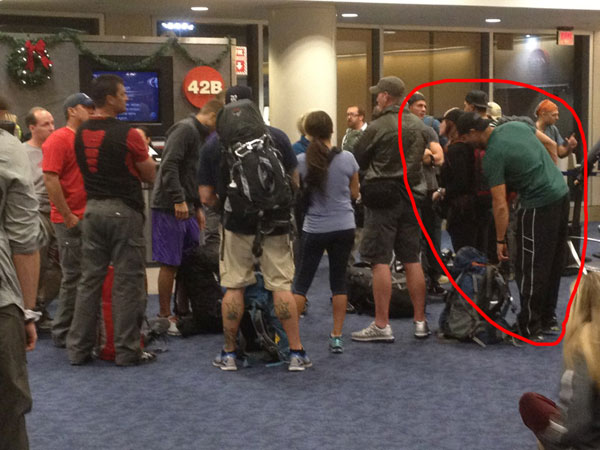 Shocker! Brendon and Rachel on The Amazing Race

First off, how is everyone doing?  I miss blogging about this show daily, as I was able to really connect with a lot of readers and it was a great time.  I hope to have another great summer in 2012 before the world ends (kidding, I think), but we’re still only in November.. ugh.  Still many months away from Big Brother 14.

Speaking of the world ending, a true sign that 2012 may be coming true is that Brendon and Rachel were spotted at the airport recently.  No, they weren’t heading for their honeymoon or to visit Jeff and Jordan.. they had backpacks and were with the rest of next season’s cast for The Amazing Race.   That’s right, if you thought your days of seeing America’s favorite couple were over, think again.  They’re going to be invading your TV once again when the next season of the race kicks off, which my guess will probably be mid-winter?

How do you think they’ll do?  I’m going to guess they will get pretty far, and have many fights along the way to keep us entertained which is good because the current season is AWFUL!

Oh, and it also looks like I was right on them doing a cross-over soon.

Also, I’m thinking of adding facebook type of comments to this blog for next season, like you can find on Teen Mom Junkies.  Do you like that better than our current comment system?  Let me know.. still a few months away before I give the blog a facelift for Big Brother 14.