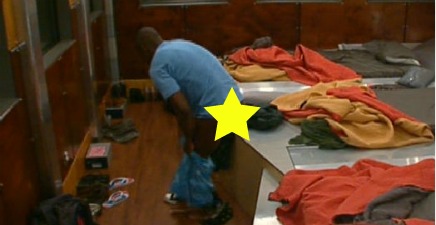 For Those Who Want The Skintastic Big Brother Experience

I try to cover all aspects, but I’m only one person! Despite my pool party day, I haven’t had much of a chance to cover the hard bodied aspect of the show, but it’s also because I leave that to the pros.  I Hate Big Brother is run by a guy who really focuses on that aspect of the show, and I’m not about to try and compete with him.   He’s all over the “skintastic” portion of the show, giving revealing looks at the girls in bikinis, shirtless guys, or slips.   He’ll even tell you good areas to flashback to if you want to see them wearing next to nothing and working out.

Why am I giving him a plug?  Very simple… The majority of my readers are not very interested in the skin aspect of the show, and are happy with the amount I provide.   In website terms, it’s called knowing your demographic, and I think I’ve had one person ask for bikini shots since I’ve started this blog.   Don’t get me wrong, I’ll still post some skin if I come across it on the live feeds, or if IHBB has something great that can’t be ignored, but for the most part, I like to cover the drama and gameplay elements of the show.  I’m just showing people where to go if they want to see more!

In addition to I Hate Big Brother, Big Brother Network also has a NSFW section which covers a lot of the same stuff.  Both are great sites to check out if you want to see stuff like Brendon and Rachel having sex in the HOH room (burn those sheets),  or Keith flashing his bare ass.

Or course, you can also just get the live feeds for free (3 days free) and see the slips yourself!!

Previous Dick Explains Why He Left.. On His Website Of Course…
Next Live Blogging From The Big Brother House