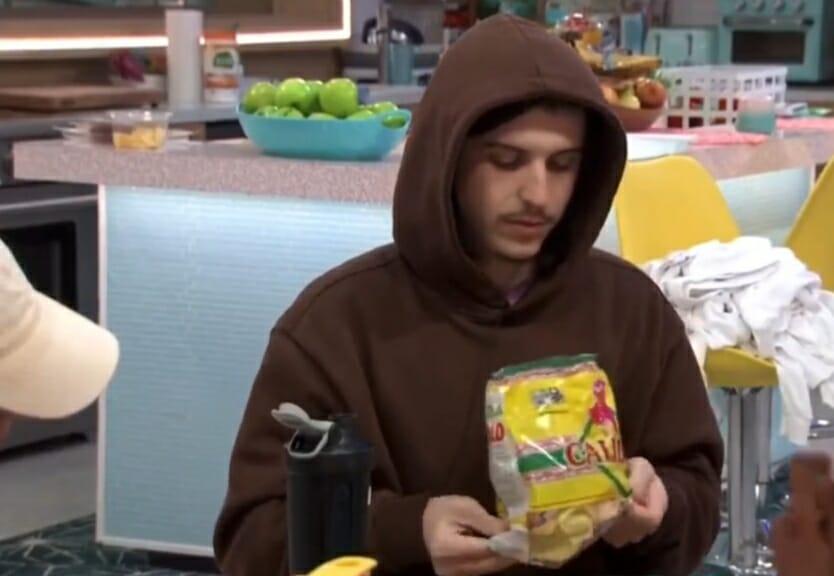 Terrance left in the first half of a double eviction, but it wasn’t until the second half when things because intense. Turner won the HoH and had every intention of keeping his 3-man bond together with Monte and Michael. He nominated Alyssa and Brittany with Britt being the target.

Then, the unthinkable happened….. Michael lost the PoV when he needed it most.

Monte ended up winning the PoV which initially made it seem like the guy’s alliance was going to remain together, but a lightbulb triggered in Monte’s head – now is the time for Michael to go. He was guaranteed to play in every veto from there on out and was going to be an insanely hard person to beat in any comp. Monte had to take the shot, and he did.

Turner was terrified at the concept because had Michael stayed, he and Monte were going to be targets. And honestly, he had a fantastic pitch. He openly said he was going to go after Monte and Turner and take Alyssa and Taylor to the final 3. And he had the resume to back that statement up (and it probably would have happened because Michael almost certainly would have won the next HoH – the dark room).

That was far and away the biggest move of the season and completely changed the final 3. Monte took the shot at exactly the right time and I can’t give him enough credit. He had a final 3 ‘locked’ with Michael, but he took out the shield and decided to battle the rest of the way himself.

Shit, I forgot to mention all the blindsides earlier – oh well. The first few weeks had a lot of blindsides. The end.

Back to the home stretch…

With Michael gone, the house completely opened up as to who could win. That made the week after Michael one of the most exciting I’ve seen all season – especially after Brittany of all people won the veto which forced Taylor on the block next to Alyssa.

You had Brittany who was 100% team Taylor and Turner who was 100% team Alyssa as the only voters that week, and it seemed like an absolute lock that Alyssa was going home. Turner wanted to keep Alyssa, but he wasn’t going to throw away his game over it. However, once Taylor decided to start hooking up with the HoH, Brittany realized it may not be the best of ideas to keep the showmance. However, the problem is Brittany already screwed up her game as someone who was completely untrustworthy so she couldn’t just approach Turner and agree to vote out Taylor. He wouldn’t believe her and probably felt it was a trap.

So, Brittany tried a different tactic. That was to say she’s voting out Taylor but encouraging Turner to toss Alyssa a pity vote and force Monte to break the tie. In turn, Brittany was really going to also vote out Taylor and have a massive blindside. But, Turner once again played it safe and ended up voting out his ‘best friend’ in the house.

After that, it was basically dull. Taylor won her second HoH in a super close tiebreaker with Brittany, and Monte won PoV. Monte was the one vote and it was never even a real option to keep Britt, so off she went.

That left us where we are now – the final 3 of Taylor, Turner, and Monte.

Turner surprisingly won the endurance competition of round 1 while Monte won round 2. This means that they will square off against each other tonight for the chance to be HoH. Winner of that picks their partner and the other is evicted.

Right now, it seems Monte will be taking Taylor because he’ll look like a HUGE asshole to hook up with someone and then give them the boot. Meanwhile, Turner seems to be set on taking Monte. And in both of those situations, it seems as if they will lose to the person they take. I think the only situation in which the winner of the final HoH wins the game is if Monte wins and takes Turner.

Either way, it should make for a pretty fun finale after what I felt was a very good season. I think Turner, Taylor, and Monte all played strong games and I won’t be disappointed to see any of them win.

Thanks, and tune in later for my finale coverage!