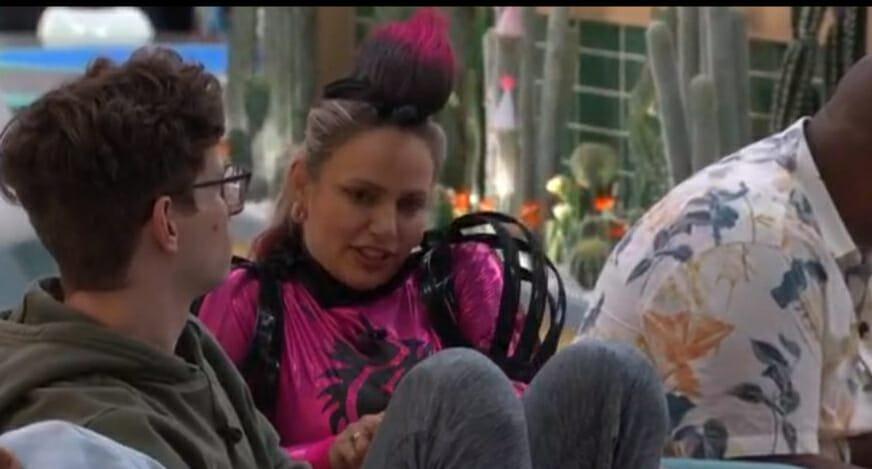 It’s Sunday in the Big Brother house so it’ll likely be a quiet one consisting mostly of the house enjoying what little outside time they have this week. I can’t imagine the backyard will be open very long considering all the comps they plan on having with the house divided.

The big topic of the day will be what to do tomorrow as it still isn’t resolved yet. They went from Terrance absolutely going home to him being saved with Indy going to now possibly Alyssa going. Taylor would like to put Alyssa up next to Indy and mention Festy Besties definitely being over, and while that’s good for a one-liner, it seems to be poor jury management.

I’m not sure what is good for Taylor’s game right now. But I do know based on her current situation, she has to get Indy out because she took the shot and there is zero chance Indy won’t retaliate the first chance she has. Even if Indy was removed like she thinks she will be tomorrow, she’s still going to hold it against Taylor because that’s how she is. She takes things very personally and won’t just drop it because she was saved by Kyle. She’s also going to be a very bitter jury member which is why she probably should have gone pre-jury.

Speaking of Kyle, he got wind that Alyssa may be the replacement nom and he threatened to not use the veto at all, but he’s also a huge pushover in his alliance so I have a feeling Kyle’s game is going to end up with him eventually screwing over Alyssa and losing her – then getting screwed over by his alliance and leave with nothing.

While you can get away with having a ‘flirtmance’ like Joseph and Taylor, there is no coming back from the kiss. Once you kiss someone in that house, you’ve aligned with them until the end of the game whether you like it or not. Well, 99% of the time. I’m talking about a showmance-style kiss and not maybe some drunk kiss two days into the season.

Anyway, time for some updates…

Ohhh tomorrow could be fun 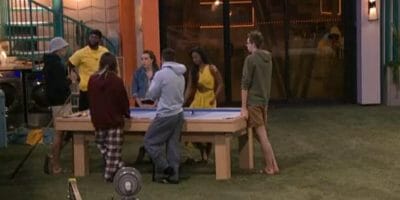 They are talking about how Indy whining and pulling the ‘I’m not staying in the jury house’ crap.

Will Kyle use it or won’t he. It’s still kind of up in the air but right now he is heavily leaning against using it which may cause a firestorm inside the house. Yet if he does use it and Alyssa goes up, it’ll cause a firestorm between them. YIkes. 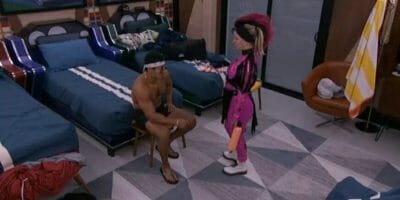 They are saying Taylor is being vague right now

Alyssa resting her back. She hurt it deadlifting. Good thing that isn’t Jasmine, she’d be in a full body cast.
Meanwhile, Terrance, Kyle, Taylor, and Joe chatting outside 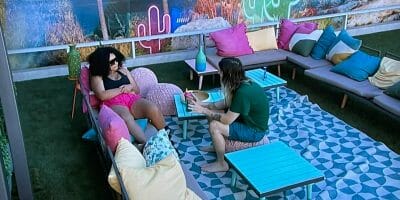 He says she doesn’t have to forgive him. Jasmine says thank you and tells him why she felt disrespected. She says she appreciates him apologizing

Side note: she says she is annoyed because people keep coming up to her and hugging her. She said she hasn’t told anybody (she has literally told everyone in the house). She asks Turner why he told other people lol

He says if he uses it, it could look like it was in effort to back door monte (to appease the other side of the house)

We are in the final hours of a functional Leftover alliance

He asks if they would be on his side

Jasmine says that’s the most disrespectful and inconsiderate thing she’s ever seen in her life.
Joseph tries to say Turner was laughing because he was uncomfortable

Jasmine was talking about how she wanted to release a balloon for her dads birthday (I believe her birthday falls on the same day).
Turner says, “have you thought about the ramifications of releasing a plastic balloon in the air”
Jasmine says that was insensitive and leaves the yard