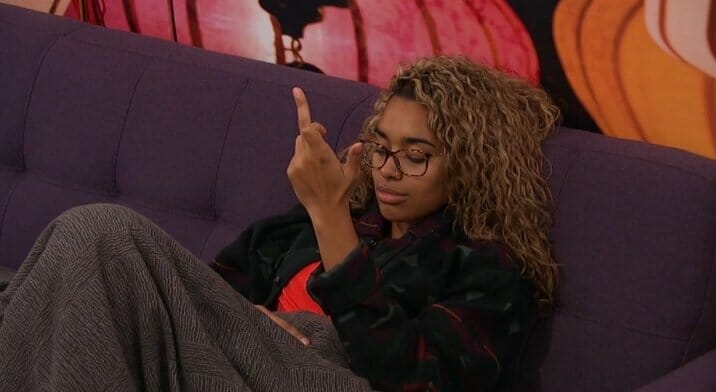 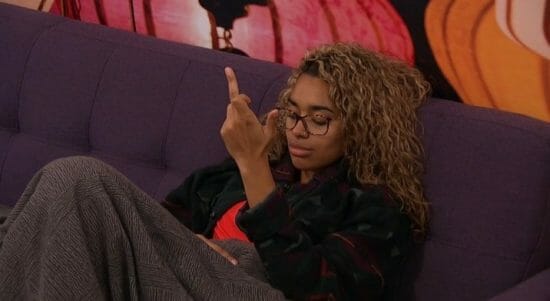 Dani and Justin aren’t getting along too well right now

I don’t even know what to think about the house right now. You have Shelby/Morgan cutting deals with Justin/Kryssie. Kryssie turning around and telling Jason about it, then Jason easily getting the information out of Justin.  During the 3way conversation, all agree that Dani needs to go if Morgan is not on the block and they spend some time trashing her like they do everyone they want evicted from the house.

Meanwhile, Dani rages after the first safety meeting because Justin and Kryssie were safe which all but guarantees her and Jason will be the noms this week (because they all know Morgan is safe). She starts trashing Shelby and her ‘plaid dress with slippers’ (ok?) and how stupid Shelby is for not working with the very trustworthy pair of her and Jason. Dani also trashed Justin (just like Jason did earlier) saying how she doesn’t understand how he gets by like this.  She is blown away that the girls didn’t take her deal without realizing she broke two deals with them in a matter of a few days. Dani continues with “she better pray to god that I leave” and “after this is over, I’m going to make your life a living hell and you’re going to need it (a bible)”.  Yes, the same girl who reacted like this after hearing Scott said the same thing… 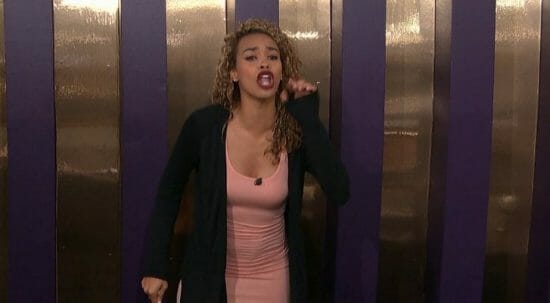 And they wonder why Alex called them the “hypocridiots”

Tonight the final nom is at 7pm, and 3rd nominee voting opens at 8pm. Make sure to get your votes in (for Kryssie – unless you want a super boring week)