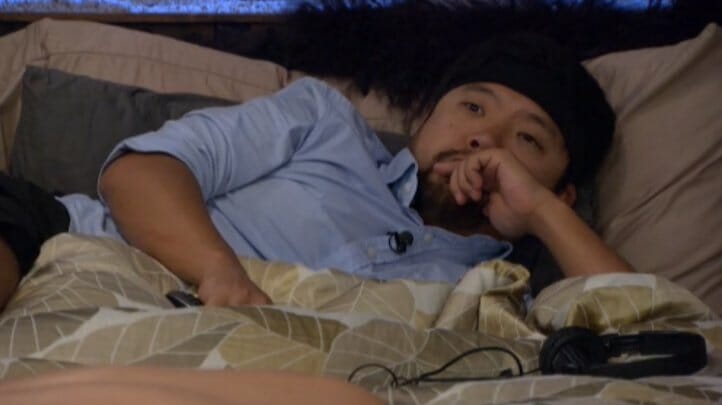 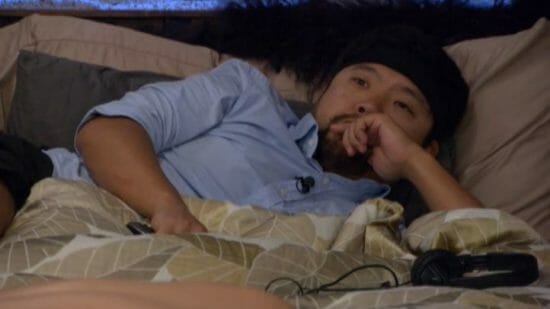 Finally able to watch the endurance competition that Big Brother locked the feeders from (and I’m still upset over that), and wow that was a good one. I would have loved to pull an all-night blogging that, but I guess I’ll have to settle for the half-ass comps that last 20 minutes and are over before you get settled in.

Let’s talk about that episode for a minute. I am completely disappointed in James. He even said it, your word is everything in the game, and when you start making deals and then breaking them, you completely lose the respect of other houseguests – under normal circumstances. This house is too damn clueless to realize James blatantly broke his word, so nothing will come from it, but in a game with real competitors, this could have sunk his game. Not only did he break his word, he keeps flaunting the showmance thing in front of everyone to put a bigger target on his back. James may have won AFP, and Nicole was runner-up in her season, but I am shocked just how bad they are playing this season.

Anyway, sorry it took so long to get a live update thread going. Had some stuff to do today.  Also, there is a question for anyone who uses Zennioptical below my updates (I didn’t want to bother people by putting it up top)

Now, for the Zenni question. I ordered a second pair with an older prescription I had. This pair actually feels good on my eyes, but both pairs of glasses I have ordered from them reflect light from the bottom of the glasses. It’s super annoying when I’m on my computer and I see a beam of light at the bottom of my eyes. I know a few people order from there, so what is the best type of lens to get? This one is just 1.57 Mid-Index Single (which is what they recommended) with Oleophobic coating. I don’t know if I should try to go up to 1.61 or whatever the next step is, or if there is an option I’m missing to prevent reflection. What type of lenses do you guys get?