The Race To Alienate The Jury Continues 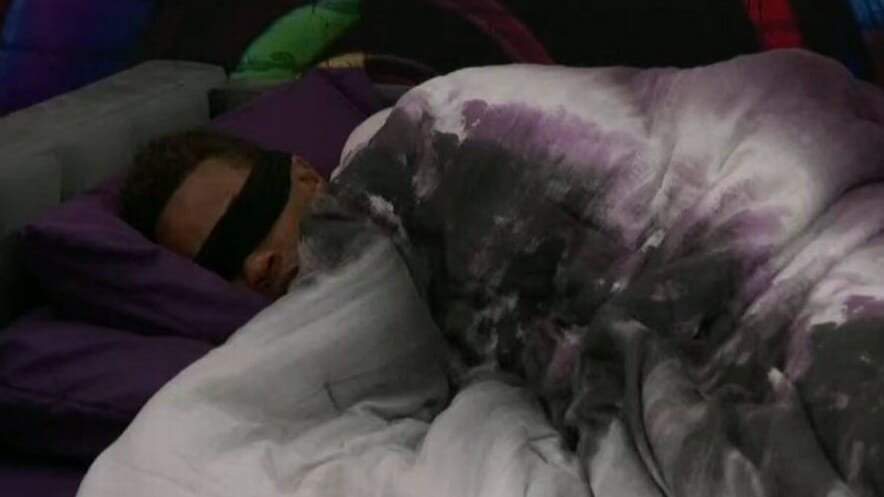 Mel has the day off, so you’re stuck with a morning post from me!

While we wait for the veto competition, I need to talk about the situation in the house. Over the last few seasons, we have seen this ridiculous style gameplay that involves a big group of people banding together and getting the numbers on a weekly basis to remain in power. The problem is, every week someone needs to go home, so that group needs to select a target and when that happens, the person becomes shunned from the house. It’s not a plan carved in stone, but it’s just the way it happens. In doing so, that person leaves with a very bad taste in their mouth and stews in jury waiting for revenge. Paul suffered from this for two straight seasons, then Tyler continued it, and then Jackson only won because nobody liked Holly.

This season we’re back at it again with The Committee which is basically an alliance of the entire house now minus Kevin, Da’Vonne, and David. Enzo is not technically part of it, but he’s basically a member by proxy. If you count Enzo, and you should, that is a 7-3 advantage which is so insurmountable that even if Kevin or Day get pulled off the block, they don’t have the numbers to save the other.  If this remains the same, a HoH win by one of those three will be the only thing stopping them from being the next three evicted from the house. Boring, but effective.

The problem comes with this weird urge to basically shit on the smaller group while they’re down. To essentially twist the knife as Da’Vonne put it when she was trying to explain to Christmas why Bayleigh was so upset. This week, instead of just going with the flow, the larger group decided to fracture the smaller group even more by pretending Nicole was the one who voted to keep Ian. This was not just a plan to make Nicole look good to Ian as it was to also create division between the three remaining players. And it worked.

Da’Vonne is still convinced that David voted out Ian and went as far as calling David an ‘Uncle Tom’ for siding with the larger group. So while the large group spent last night hanging around having a campfire (not literally), the smaller group spent the evening with tons of tension. David and Da’Vonne had a very tense talk that ended up really not going anywhere as she is still convinced he sided with the other group. I rarely get emotional about this game, but it literally made me sad watching David stand there in disbelief after Da’Vonne left the room. He is completely alone in the house at this point and was already way in over his head by basically playing the game as a rookie. Is it his own fault for playing bad last week? Yes, but it’s still sad to see. After watching that conversation, I just shut off the feeds and went to bed.

David’s unfortunate time in the Big Brother house is going to continue this week as Memphis had a ‘master plan’ that involves backdooring the guy.

During his brief conversations with the houseguests yesterday, Memphis made very few deals, but one of the deals he made was that David was safe so long as he won veto and didn’t use it (if he played). Memphis guaranteed his safety and they shook on it 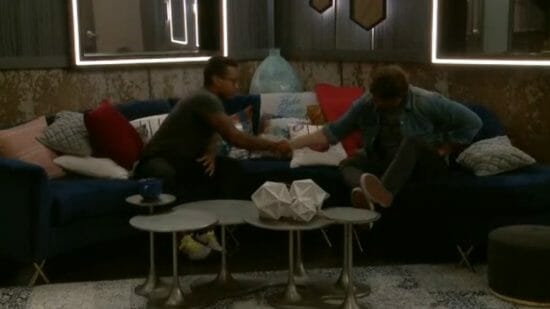 After the veto chips were drawn today, Memphis pulled Kevin and Da’Vonne in a bedroom and told them both that was exactly what he was hoping for because David was not picked to play. So, the house is going to try to throw the comp to Kevin or Da’Vonne who will save themself, and Memphis will then nominate and send home David.

Look, I get that David is playing Big Brother and things like backdooring are part of the game. I just do not understand this weird urge players have to spit on people before they head off to the jury house. David is going to get backdoored, go to jury, and will never be a vote for Memphis or Nicole at this point. All for no reason because The Committee’s side of the house has so much power that they’re not even remotely in danger.

That’s my random Saturday rant. As I said, veto competition is today so don’t expect much of anything until it’s over.