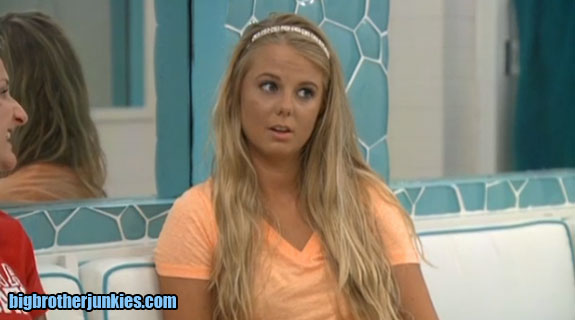 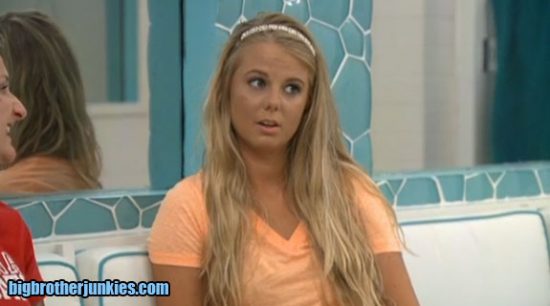 Why am I putting Nicole as the cover image?  No real reason, actually. I’m just tired of posting the same people every day, so here is Nicole’s turn. She hasn’t really done much of anything in the house so far, which could be a bad thing for her. So far they have been targeting weak players, so Nicole fans may want to worry about her next week.  That said, she has also been flying so far under the radar, Nicole may be able to squeeze by a few more weeks until she’s noticed.

Yesterday was kind of a slow day on the feeds. Joey is starting to realize it very well could be her walking out the door this Thursday, so she has kicked up her campaigning to the annoying level where people want to vote her out just so she stops.  She approached Caleb as he was undoubtedly picking out names for his kids with Amber, and tried to campaign a bit to him.  When asked if they could talk alone (Hayden was on the couch), he basically ignored it and made her do the plea right there in the living room.  Her argument going forward is going to be “I’m a strong competitor, so let me stay”, and she has been saying that to anyone who will listen. Is that the smartest move?  Probably not when you’re saying it to the guy who put you on the block.  I’m sure all he heard was “I’m a strong competitor, so if I stay in the house, watch your back”.  Start packing your bags, Joey.

Before I get into the live feeds, I will do a few plugs…

Here are the updates for today:

Took a break for dinner and stuff, in the meantime I made this photoshop image of our buddy Caleb… 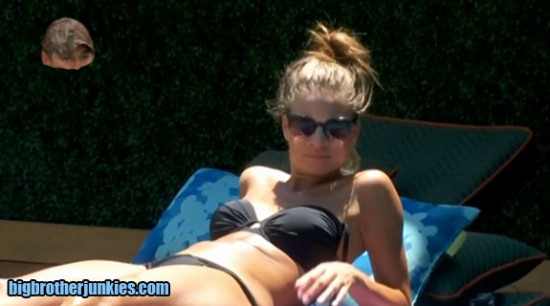 Ok, back to live blogging for the evening….

Check back for updates throughout the day!

ABOUT US
FOLLOW US
©
wpDiscuz
10
0
Would love your thoughts, please comment.x
()
x
| Reply