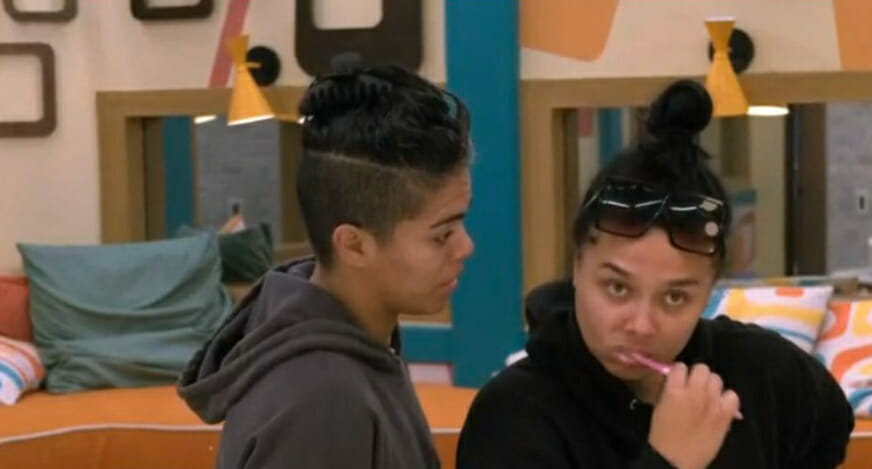 It’s Wednesday in the Big Brother house and it’s a big day for Jasmine! She was stripped of her scooter last night and is now forced to walk around the house in a walking boot and cane. And she’s playing it up worse than me pretending to be sick before school the morning of a test.

After watching her milk this injury for a few weeks now, I really have to wonder if she’s ‘George Costanza level’ committed to this act or if she really has 0 pain tolerance and even a papercut feels like a gaping wound? Speaking of, it makes me wonder if production pointed out an invite because they didn’t want her milking a papercut for the next few weeks if she had to open more than 3 envelopes.

Moving on, inside the game part, Nicole is fighting hard to stay and isn’t taking this vote as lightly as last week. She knows there is a real threat of going home and has been working the votes as hard as she can. And it may be working. Now, there is still a very high chance she goes home tomorrow, but I can already see cracks forming in the Leftovers and if Nicole is able to notice them and exploit them, you never know.

Needless to say, there is almost no trust in that alliance and I give it a 5% chance of lasting through next Thursday. In fact, whoever wins HoH tomorrow could shake up the house a bit so I can’t see it surviving two HoH. Especially considering the fact that Alyssa was almost gone this week and Kyle is obviously growing closer to her and I don’t think he’s going to want to let her go from here on it. I think if they make him choose, he’ll choose her. We’ll see! Long day in the house today

Indy really doesn’t want to vote to keep Taylor but I think by tomorrow they’re going to realize they don’t have the numbers and vote with the house.

Jasmine is saying she’ll vote with the house but really hard to tell where she actually stands. I think she’ll end up voting out Nicole

She tells them about the conversation with Turner so looks like it’s definitely going to be a tight vote. Jasmine was just humoring Turner

Only a few more hours for them to be on HN

Earlier, Michael was telling Alyssa she may be able to trust Taylor more than Nicole. Taylor has at least told her in the past she wouldn’t nominate her. Nicole hasn’t offered her anything

She says that pisses her off

Michael nods yes but they’re really not voting out Taylor. I assume they may try to flip Jasmine tomorrow