Wednesday Feeds Brought To You By Cute Adoptable Pets 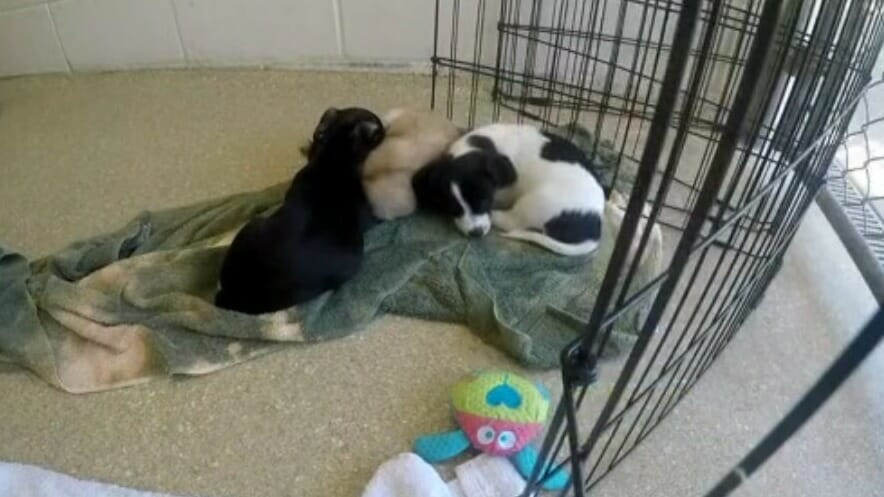 If you’ve been following the blog for at least this season, you’d know how frustrated I’ve been with the feeds dropping. We got a taste of feed glory during Big Brother: Over the Top where the feeds were literally on almost 24/7 with no exaggeration. We saw comps, diary room sessions, Chrissy looking through the rule book, Scott going crazy in isolation, everything. It was wonderful.  Since that time, the feeds have progressively become worse and worse. I thought it peaked during the Celebrity Big Brother 2 season when production went to great lengths to protect Lolo Jones from channeling her inner Christmas at Tom Green but apparently things are still at that level with the second All-Star season of Big Brother.

I’m not going to go on repeat about the censorship this season. Between dropping feeds over any conversation about race to dropping whenever the Memphis/Ian situation was even hinted at, we’ve already seen enough censorship to last a lifetime. The thing I’m going to talk about is the ridiculous dropping of the feeds whenever someone uses a megaphone to drop spoilers to the house.  It started off with someone mentioning Cody and Nicole working in a pre-game alliance which actually kind of stirred things up a little, but resulted in the feeds dropped for an hour or two. After that, we’ve had numerous incidents of someone using the megaphone to shout stuff which ended up mostly as an incoherent mess.

The problem seems to be that every time we have a megaphone shouter, the feeds go down longer and longer. Last night around midnight, there was another lockdown called and Enzo came in the house mentioning another megaphone. The feeds went down at that point so I went to bed knowing they wouldn’t be up any time soon. Well, as I type this, we’re currently 13.5 hours later and the feeds are still down.  If they’re doing this as some sort of punishment, I will say right now that is extremely shitty and I hope this production staff gets replaced for next season – if there is a next season.

However – They were also down yesterday for a solid 4 hours or so which I assumed was the ‘neighbor’, but when they returned there was absolutely zero talk of that which means it was likely to fix the plumbing problem they were having.  I don’t really want to dip into that well again, but today could actually be a combination of the megaphone guy and the neighbor. Or it could even be both.

There is a chance that around midnight, the ‘neighbor’ decided to make an appearance, and with a megaphone to possibly mock the wall yellers this season. He or she could have been shouting stuff at the house for hours as part of the thing I speculated on yesterday, which is something that will be used for tomorrow’s HoH.  Or, the feeds could have gone down to the yeller for a few hours but production decided to keep them down because the neighbor gimmick was happening today.  I never expected to actually see the neighbor on the feeds just like we never got to see the granny guy harass Brett.  I am holding out hope it is something actually related to the neighbor and not just punishing us for the wall yeller because that could be catastrophic for an already shaky season.

I’m holding out hope that this is all stuff we’ll see on the show tomorrow, but we won’t really know for certain until the feeds return.  I’ll obviously keep monitoring them and updating this post every hour or so, but there is an actual outside chance the feeds could be down until after the show tomorrow.  I find that part very unlikely, but there is a chance. There is also a chance they could come up shortly after I publish this article. Either way, keep checking back because I’ll keep you posted no matter how long it takes.

Have a good night