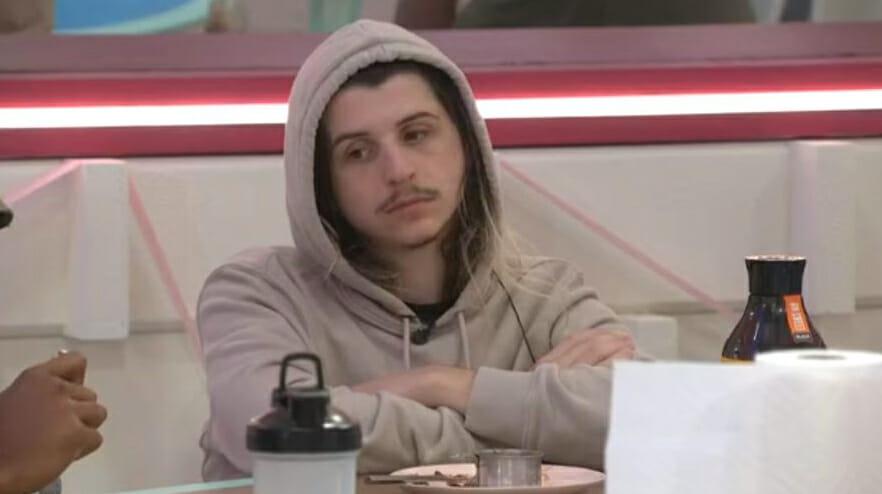 Today has been incredibly boring, but last night – what in the hell was that? People sit around and do nothing all week and then suddenly around the same time there were talks in all different rooms around the same time all whispering secrets. I’ll recap the best I can…

Terrance campaigned to the house and told them anything he thought they wanted to hear. Turner got the whole ‘I got you’ junk while Monte and Taylor got a more racially motivated talk. When it came to those two, they got the ‘we need to stick together’ pitch – essentially trying to form an all-black alliance. Fine, cool, whatever. But isn’t that what you were upset at Kyle over?

And this is pointed at Terrance more than Monte and Taylor because I believe the latter two had very proper and well-handled responses to Kyle. They were rightfully bothered because they tried hard to not have a ‘cookout 2.0’, yet were accused anyway. However, they also took time to understand Kyle’s PoV and didn’t spend the remaining time raging at Kyle.

Meanwhile, Terrance took a different approach. He tried to keep Kyle over Taylor. Strategically, that wasn’t dumb. Kyle is probably the only person he could beat in the f2. However, now that he’s on the block, he’s suddenly outraged by Kyle and won’t stop talking about it.

The reality is, Terrance got played by Kyle when he was HoH and is pissed he sent Joseph packing instead of Kyle or Alyssa. He even admitted the DR was hinting at it being a bad move but he stuck with his guns and now regrets it. As he should. He kept a showmance together which is a stupid move regardless, and he stuck with a guy who showed zero loyalty to his alliance when he spilled everything to Terrance the first chance he got.

Wow, all that ranting and I didn’t even get to talk much about Brittany destroying her game. Maybe I’ll whip up another post recapping that in a few hours. For now, updates..

Michael says Alyssa is a jury threat, Taylor is a comp threat, and Britt is not much of a threat

And head to the HoH room to talk. Monte tells them about the conversation last night with Terrance. Monte says he (T) thinks he has all the votes