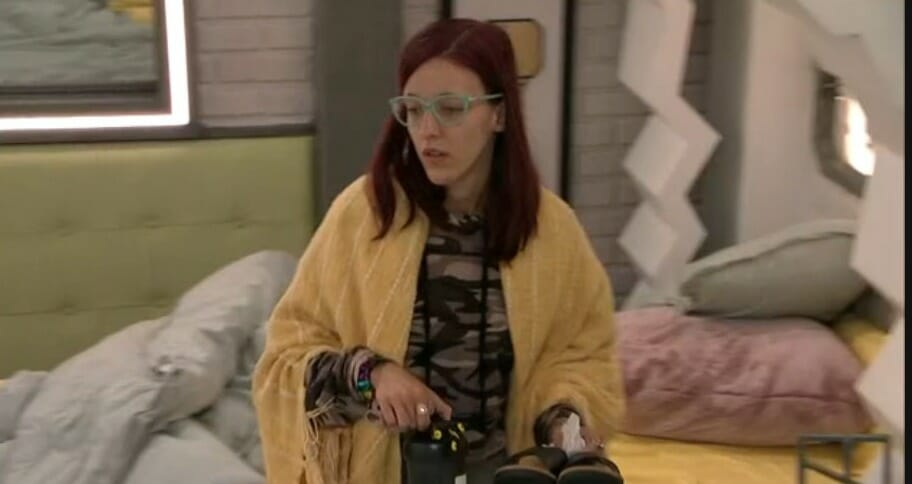 With Big Brother 21 being a pretty miserable season, it’s pretty surprising they were able to find not only one but two people to return from that season.  And to their credit, they were able to pick two good people, but the downside of being a good person in the Big Brother house is they tend to not be great at the game. It’s hard to make it far as a good person unless you’re floating and in a season full of veterans, floating isn’t much of an option.

So far this season has been ‘new school’ versus ‘old school’ with two exceptions of people able to cling to the outside of the ‘new school’ crew – Dani and Enzo.  With those two immediately jumping ship and Memphis trying desperately to join them, old school was at a major disadvantage.  To make matters worse, none of them seemed to even realize how bad of shape they were even in so people like Kevin didn’t really plan anything with Kaysar and Janelle. Nicole A made friends with them and the four have had a loose alliance out of necessity but that was no match for the rest of the house.  Because Nicole was the chain in any connection between Kevin and Jan/Kay, she is likely going to suffer an early exit as a result.

Before you wonder if Memphis was smart enough to realize that Nicole was the link, stop right there. Don’t give him that much credit. It just kind of worked out that way. He nominated Nicole and David because that was the path of least resistance moving forward. Both seemed to be out on an island so he put them both up without caring who goes home. He foolishly decided to stir the pot with David by doing some rookie hazing in the process, but nobody ever accused him of being the sharpest knife in the drawer. We don’t know if David is a major comp threat at this point, but it was still foolish to do the hazing in a week he’s making safe moves.

NicoleA had herself a rough week because she was not only coming off a brutal week in terms of health (havenot was not kind to her body), but she felt completely betrayed by Janelle in the process. This is because Janelle is one of the few people who Memphis actually sat around talking to so she took advantage of that to try and work him for her side. In fact, she spent like 2 hours up in the HoH room with him drinking wine and talking game. From Nicole’s perspective, those optics are terrible. Janelle is able to hang out with the guy who seems to hate everyone for 2 hours but she still gets nominated? The only issue is that Memphis was using Janelle more than she was using him. He never had any intention of working with her, he just kept her up there so he can try to get as much information as he could.  In the process, he was able to convince Janelle they are buddies and she went and told Nicole she should be safe.

This resulted in Nicole not only spending all week trying to campaign for herself, but having BB21 flashbacks of people she thought were friends turning on her. This hurt her campaign more than it helped because she spent all week on the fence when talking about Janelle to others which made it look like she was just pretending to be mad. Basically, nobody believed Nicole would actually go after Janelle this week, and they were probably right.

Meanwhile, despite this sad performance by Nicole’s side of the house, Kaysar continues to try and talk sense into people. Even this morning, he got Christmas and explained to her what is going on. A big group of people form and stay together as long as possible while picking off floaters or opponents. Eventually the group picks itself off and those who thought were safe suddenly realize their group is no longer with them but there is nobody else to turn to for safety.  Here he is explaining the situation to Christmas

Unfortunately for him, she is one of those people on the outside of that big group but she doesn’t see it. They never do. The outsiders of big groups always feel they’re closer to their group than they actually are which is why that strategy has been working.  Even with Kaysar pointing it out to Christmas, it still will have no impact until that group actually turns on her.

No matter what happens tonight, the house is on the verge of exploding and things should get interesting real quick. I expect Nicole to go home, but if there is a last-minute flip throughout the day, I’ll let you know.

Speaking of today, it seems tonight is another pre-recorded eviction which means feeds will likely be down earlier than normal. It is also on at 8 pm again so this time I won’t be caught off-guard!  If nothing happens until then, see you tonight!