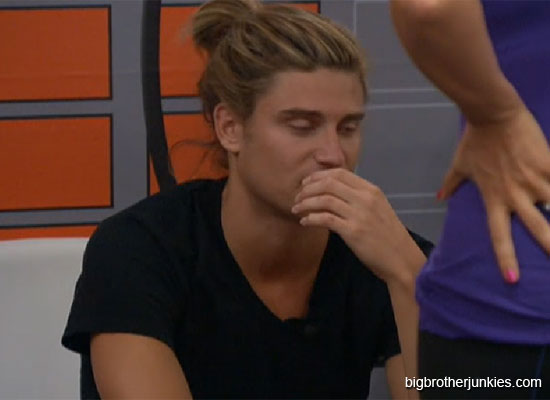 Big Brother 14 – This Is Why Survivor Should Have Live Feeds

I’ve been blogging about Survivor for a few seasons now, and honestly it pales in comparison to Big Brother.  I bet the stuff that doesn’t make the air is 50x more entertaining than the boring competitions and 15 minute long dragged out tribal council.   Then when you throw a Hantz into the mix, typical reality show drama gets blown up even more.  This is exactly why more shows need live feeds because they’re far more entertaining than the actual episodes.  So many things you never get to see, so many rude, dumb and ignorant comments that are left on the CBS cutting room floor on a weekly basis.

(Don’t have your Big Brother live feeds yet?  Get them here for free)

I’m not going to pull any punches, but by all accounts it sounds like every person from the Hantz family who tries to get on reality TV is a grade-A douchebag.  With that said, they’re good TV whether people like it or not.  They say dumb stuff, they do dumb things, and flat out leave you scratching your head how people can fall for their lies and deception.

Russell Hantz made it pretty far twice on Survivor, and a large portion of that was either sheer luck or stupidity on his surrounding cast.  He made dumb moves left and right, yet felt he was the king of reality TV.  His nephew goes on TV and has a complete identity crisis, one minute acting like he’s straight out of bible school, the second acting like a lunatic.  Now, Russell’s brother Willie is having his turn with douchedom and he’s doing his best at it.

Allegedly he’s been making a few gay slurs about Wil, although I don’t have any feed clips for proof.  Needless to say he has been rough on the guy whether or not he is homophobic.  That brought (Wil) to tears this evening on the live feeds (tune in around 8:15 bbt).  What’s most important about this article is that we get to witness the rise, fall, rise, fall, rise and now fall of one person (Willie) in just a matter of days.  How many other shows are you able to witness things like this?  The guy is the head of household and he’s running around gaming it up with everyone like he’s the one being evicted.  It’s mind boggling.

If spiderman’s motto is true, with great power comes great responsibility, Willie is failing by a wide margin.  Giving him power in the first week may have been the smartest thing anyone could have done in order to watch him dig his own grave and quickly end his reality show career.   Every word out of his mouth is sinking him deeper, and I’ll be absolutely shocked right now if he’s not walking out the door next Thursday night.

Make sure to keep tuning into the live feeds to watch Willie Hantz just kill himself, it’s actually quite entertaining.. and free for the first three days.