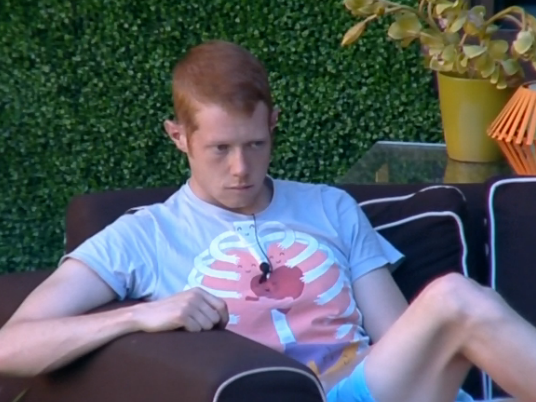 If you are a keen observer, you will notice the word ‘live’ missing from the title and that’s because it’s not.  Don’t worry, Big Brother is not trying to pull a fast one over on anyone, it’s pretty common knowledge that the eviction is not live tonight.  It happened last night, so the results are already in, we’re just waiting to find them out.

There have been rumors someone in the audience saw Judd leave, Andy win HoH and Amanda streak through the crowd wearing nothing but band-aids (I kid on the last one), but that’s not too surprising which is why I haven’t mentioned it.  It’s kind of like that fake facebook post about Amanda being rigged to win.   It’s pretty easy to make fake posts when you state realistic scenarios.

I can create a fake facebook status about how I traveled from time and tell you the Miami Heat won the 2014 championship.  Based on that team, there is probably a 50/50 shot I’d be right and people will think I’m a time traveler.  If I say the Celtics will win the 2014 championship, and they actually do, well then I may be on to something.  See what I mean about how spreading rumors are easy when you play the odds?

Don’t get me wrong, this person could be right, but Judd going home was already a given, and the HoH competition was likely a mental type of challenge.  Andy is easily the smartest person in the house right now, so it won’t be at all shocking to find out he wins.    Anyway, I’m rambling, the show is just about on, time for the updates….

5:05pm – After some flashbacks, Julie brings us from the nominations to the PoV competition highlights.

5:10pm – The highlights are taking a commercial break. We’ll see the PoV competition when the show comes back.

– Judd drops out of the competition to just try and help Andy win.  Spencer is upset because Judd quit and only helped Andy.

5:25pm – Back from another break, time for more highlights from the week.

5:30pm – Veto meeting, McCrae uses it on himself and Spencer puts Judd up

5:45pm – Judd tells Julie that he wants GinaMarie to win it all.  On the way out he said he was going to vote for Spencer or Andy, but apparently that was reverse psychology so they’ll be targets.

5:50pm – It’s the ‘before or after’ competition.  Yup, Andy easily has this competition, but we’ll see….

ABOUT US
FOLLOW US
©
wpDiscuz
121
0
Would love your thoughts, please comment.x
()
x
| Reply