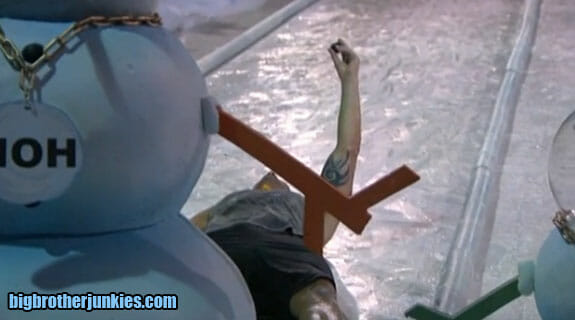 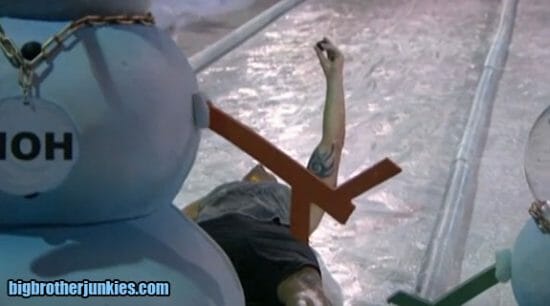 This is likely going to be a pretty short recap, unless of course you’d like a weather report of my area.  The show was cruising along, showing the HoH competition that ran late into the night on Thursday, and then during a commercial break, a tornado warning pops up and cuts out everything between the HoH and the nomination.  If you’re wondering, the warnings were not for my direct county.

I will say the coverage of the HoH competition was pretty fun to watch. I am disappointed they didn’t show Caleb drinking from the gross pool of water, but they did a pretty good job editing it together.  I watched the entire competition on Thursday night, and honestly Victoria was on screen probably 50% of the time, so I didn’t even get to see a lot of Caleb doing his thing.  I heard his pep talks and all of the other calebisms (a word I created), but I never even knew where his snowman head was until about 5 minutes before he finished.

As far as the stuff between the competition and the nominations, I’m going to assume they showed Caleb nursing his knee, possibly talking to Nicole about her situation in the house, and then showed a bunch of clips making it seem like nominations could have possibly been someone other than Nicole and Christine.

I’m not trying to be cynical, but that’s basically every episode, especially when there isn’t a whole lot of content to pick from. There have been some fantastic CBS episodes this season, but I know the house was pretty dead on Friday.  They were battered, bruised and didn’t really do a whole lot.  That said, I’m sure there were a lot of funny moments with the ‘Derrick, holllllla’ going off at random times.

Sorry for the poor recap, like I said, I missed all the DR sessions and don’t really know what they showed, so I’m just going by the live feeds.  If you’d like to discuss the episode and talk about what was said during DR sessions, please feel free to do so in the comments!

To see more of my Big Brother recaps, check out OK! Magazine 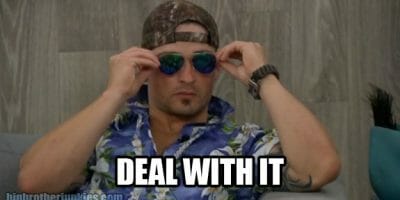 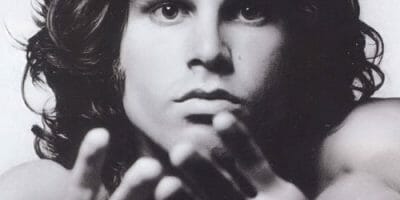 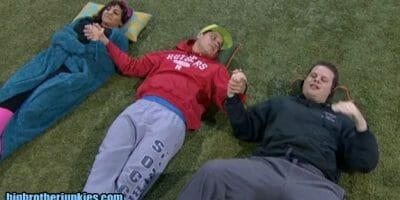 Less Than 2 Days To Go – What Will Happen?
8 years ago
Subscribe
Login
117 Comments
Newest
Oldest Most Voted
Inline Feedbacks
View all comments