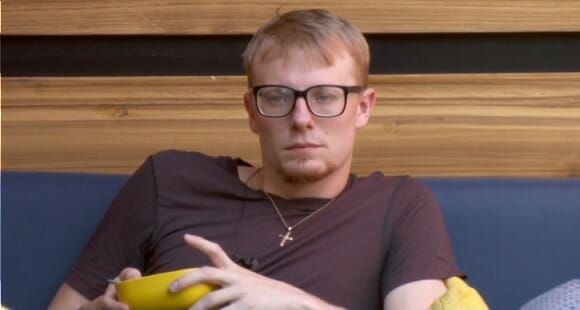 There was a point around a week or two ago that I thought Scottie was actually going to slip pretty far into this game. He was in a good position as the big guns of each side of the house were after each other and he was just kind of .. there. Memories of his HoH have long faded and it seemed like Brett would have bigger fish to fry had he won HoH in the near future.

Well, it didn’t take Brett to get out Scottie. It took Fessy with some help from JC and a touch of jealousy.

Yes, Fessy was jealous over the friendship that Scottie and Haleigh formed. To be fair, it was pretty obvious that Scottie has a major crush on Haleigh, but it really shouldn’t matter. If Fessy is already jealous over someone as harmless as Scottie, I’d hate to see how he is out in the real world.

Tonight’s HoH competition expects to be the one where balls fall from the roof, players get tokens and ‘buy’ balls to roll down some obstacle. This is the one Paul won last year when half the house was just handing him tickets to keep buying the balls because they were a bunch of brainless morons who were terrible at the game. I don’t expect it to be like that this year but you really never know.

I am not sure if the HoH competition will be on the live feeds or not. It should run past the scheduled CBS time but they haven’t told us about promoting the live feeds. If it is, I’ll be sure to let you know and give you updates on the competition

Time for updates on the show!