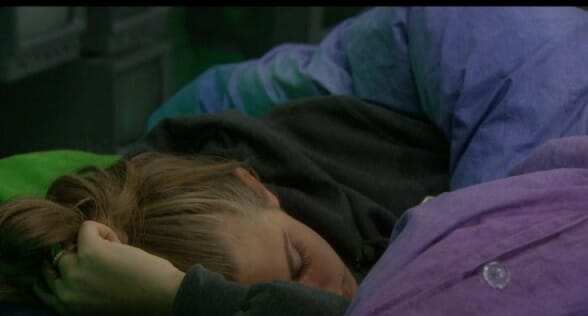 I really hate to bash parts of this season because it really has been one of the better Big Brother seasons to date, but wow the lack of drama causes some intense periods of boredom in this house.

I’m only really creating a new thread because the comments on the other get so large that it makes pages longer to load, but I have to create stuff to talk about when there is nothing going on. Tonight I will talk about the actual slowness of the house.

Other than Kaitlyn’s very brief blowup on Brett and Bayleigh’s bloody screaming at Tyler one afternoon, the drama has been kept to a minimum. I think that’s part of the reason why this season has been so good because the players aren’t there just to mindlessly fight with each other for ratings. Even Sam – the closest thing to a floater – was wheeling and dealing during the HoH competition because she knows her strength is her social game so she was making trades for safety. This cast is there to play and it’s really hard to pinpoint any real floaters this season.

The people who were called ‘furniture’ (Kaycee and Angela) are constantly talking game and trying to plan ahead. They’re also now winning comps and Angela will have knocked out both Bayleigh and Fessy under her HoH reign. Kaycee has picked up some key competition wins when their team badly needed it.  JC (the other person who has been ‘floating’ between alliances) has been actually playing his ass off strategically. Fessy would probably be considered the biggest floater in the house right now if he wasn’t such a physical beast who has the potential to win any competition.  Think about it. He was manipulated during his own HoH and been completely blindsided on a weekly basis. He was laughing when he was nominated because he really doesn’t seem to care.

If Fessy were bad at competitions, he’d be the season’s Matt. Boring and only there for a showmance.

Time for some update!