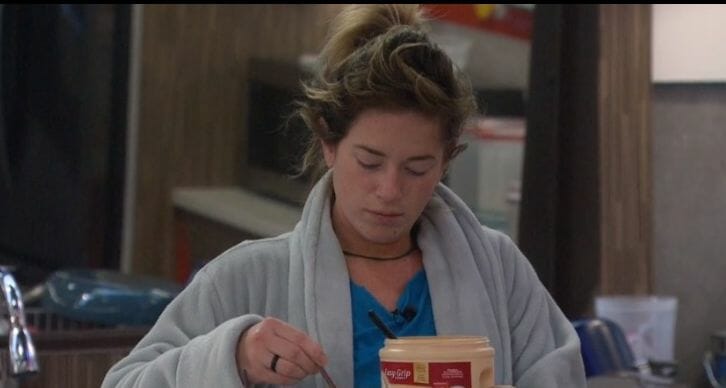 Good morning everyone! I need to clear up something from yesterday because I said “Good morning on this Monday eve.” Some people thought they missed a day or I skipped one. I was making a joke towards Rockstar saying her daughters “birthday eve” because when Brett lied about her, it was actually the day before her daughters birthday. Sorry for the confusion. (Sure sign a joke doesn’t hit the mark is when nobody knows what the hell you’re talking about) Let’s get right to what happened yesterday:

We know people get tunnel vision in the house because of the paranoid environment. I make fun of Sam and really have no plans of stopping if she’s going to play the game she’s playing. Some of her life advice to everyone comes from the fact that she’s using this time to make changes in her own life. She’s talked about her recent problems and the bad track she was on before going on the show. I think it’s her tunnel vision or lack of self awareness which has her assuming everyone is there for the same reason. She’s very condescending but I think she’s feels like they’re all at a self help retreat and I don’t think she’s trying to come off sounding the way she’s sounding. I still think her game’s crap but won’t be surprised if she ends up in the final 4.

Have a lovely Monday!