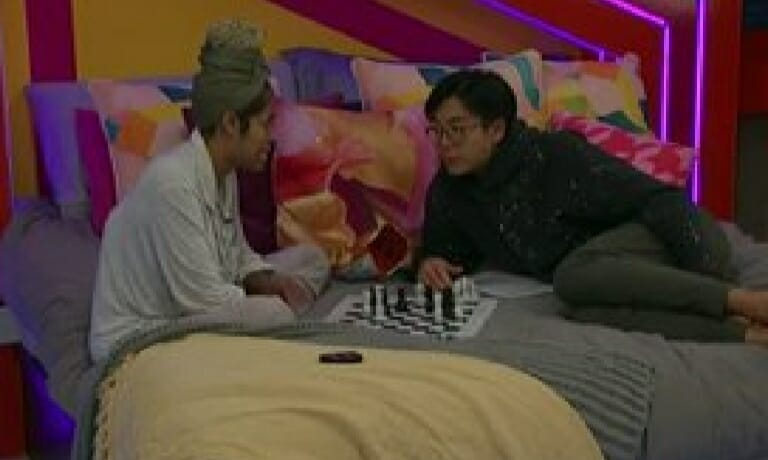 Good morning! This looks like it could be a fun week ahead and I’m excited for it. We have a new hoh and the teams have ended. Naturally, BB can’t stop themselves so they announced a fan vote for something coming up soon. This is the best season in a long time but they still have to mess with it. (Grrrrr! That’s supposed to be a growl but it doesn’t look right)

First off, I apologize for yesterdays recap being so late. One of our dogs is 11, he often sleeps in and won’t get up until later in the day. (It’s a real pain in the ass when I have morning appts. Sometimes, I have to go to work and come back home around 10 or 11 to let him out for his morning bathroom break)  My dogs had a groomers appointment in the a.m. yesterday, which I usually don’t make for him. Anyway…it turned into a whole thing and really had me running behind. The groomer is used to it now but I remember the look on her face the first time I was making a follow up appointment, requesting an afternoon time and had to tell her “Jonas doesn’t do mornings.” (Yes, he’s spoiled, but he’s also old and I don’t want to make his life harder)  I know I wake up with aches and pains I didn’t used to have when I was younger!

Getting back to BB, grab your coffee and let’s do this…we saw the wall comp on the feeds after a battle of wills that came down to Alyssa and Derek X.  Derek X is the new hoh. (Steve did a lot of posting last night during the comp and after if you missed them) 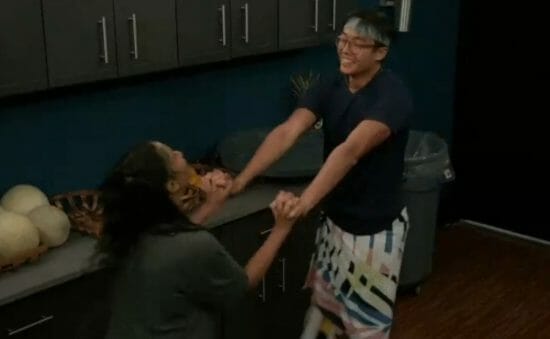 Things of importance from earlier in the day yesterday:

Today is when the real talks will happen so I’m just hitting the highlights from last night.  Derek did have game talks with Tiffany, Hanah and Kyland but he said he mostly wanted to wait for today. He’d already decided earlier in the day what he would probably do if he won. He’s mostly trying to figure out the best way to do it. 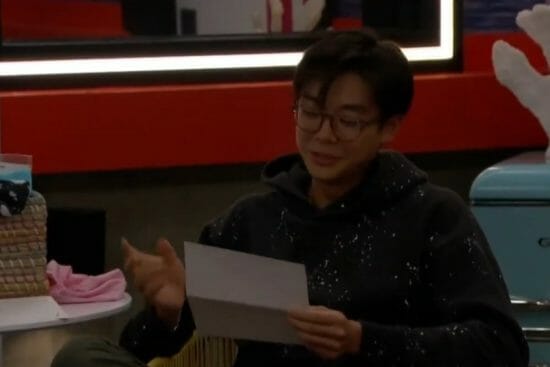 In a recent conversation with Alyssa, Derek X was asking how he got brought into the Royal Flush since he was enemy #1 in the house at the time.  Alyssa was honest and told him it was all because of Tiffany. She said Tiffany really had faith in him, trusted him and said she went to bat for him. (Ya, I know she’s using him and will want him out eventually but it’s still a game. She’s allowed to play it.  If he tries to get her out at some point, that’s ok too)

We have the whole day to go but as of now, Derek X could possibly put up Sarah Beth and Britini as pawns, in an attempt to backdoor Christian. There’s a slim chance Derek F or Azha could be pawns, especially if she volunteers. If Christian plays and wins the veto, Britini or Sarah Beth could become the target. I know people like Derek X need big targets as shields and I know Derek X is seen as one himself. Having said that, I’m not sure this is a mistake. Christian’s ability in these competitions so far is not the usual, even for pretty good competitors. I think when you have a chance to get this guy out, you need to take him out. Christian already didn’t trust Derek X, so he isn’t exactly breaking any bonds. He also came up as a possibility to go when Christian was hoh. If Christian or Alyssa get another HOH and they can’t take out Azha, (which was the plan) I think Derek X would be a fine consolation prize for them. On top of that, Tiffany wants to keep Christian around to do some of her dirty work but if he isn’t there, she may want to keep Derek X longer to do that work. You also have Xavier who stayed on the wall until the last 2 people and Derek X could play that up. Let Xavier take the place of Christian as the new competition threat.  Even though he’s a newbie, he’s shown himself to be a self interested player. I feel like he’s going to do what he thinks is best for his game, not Tiffany’s.

He just needs to take the advice Tiffany gave him last night. She told him “Don’t let anyone back you into a corner.  If people wanted power this week, they should have kept their ass on that wall.”