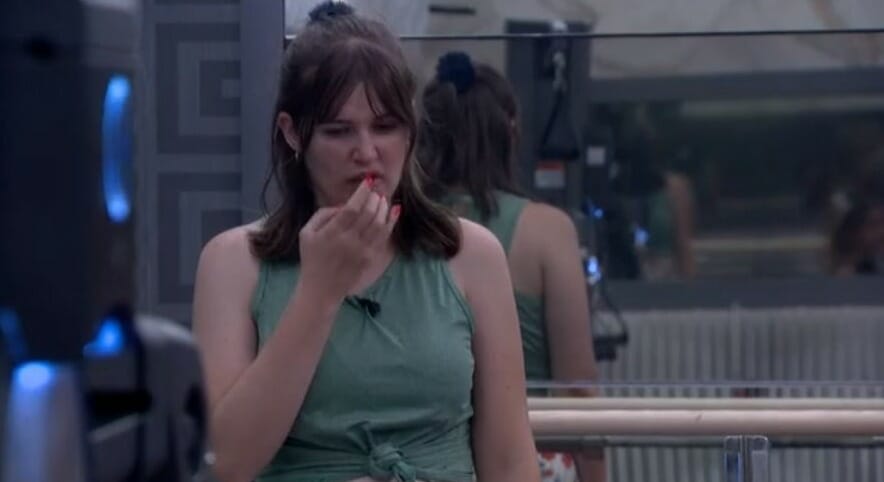 It’s Wednesday in the Big Brother house, and we’re in one of those weird weeks where things have finally settled down and the house begins to prepare for next week without actually knowing how Thursday night will go.  What I mean by this, when you have a houseguest who has just accepted defeat (Travis) and there is no new HoH yet, the house begins to make plans on who to evict the next week without actually knowing which side will have power.

I guess it’s kind of like a lesser-scale night before a lottery drawing where everyone is planning on what they’ll do with the win before the inevitable letdown when they don’t win.

For me, I think the biggest question heading into the weekend will be if Frenchie actually becomes vulnerable or if he managed to secure another few weeks with all the alliances he has formed. I originally put him as a second week exit, but I am starting to think he may actually survive another week or two simply because the house is really terrified of him for some strange reason. I guess it’s not too strange when you think about it from a psychological level. Frenchie with power is the only thing this house has known so far.  Once they realize someone else has all the power tomorrow evening, the Frenchie fear will quickly dissipate and he’ll become a target.

From early chatter, it appears other than the obvious DerekX, others like Sarah Beth, Claire, and Britini as new targets on the radar with Christian and Alyssa reemerging as other targets. This of course depends on who you ask. While Britini may nominate Sarah, you have people like Brent who would nominate Briniti. The girls also know they’re being a target this week for ‘balance’, and have agreed that Alyssa and Whitney are expendable because they’re really close with the guys (and they don’t even know those two are the only two girls in the detonators, err dominators, err, cookout, err, bbq, err… oh right, slaughterhouse.  These names are weird.

Before I begin, a huge thank you to Shannon and Theresa for your super generous donations!  You are all amazing!

A huge thank you to Daina for your wonderful donation!  You are a special friend!