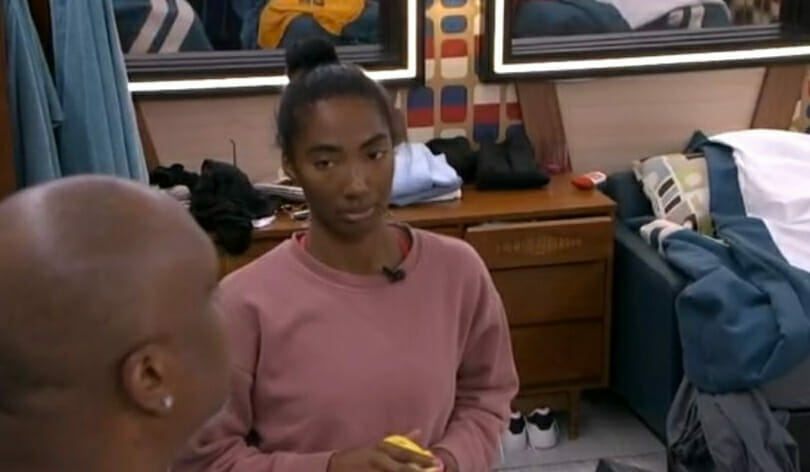 So, how are you liking the live feed section so far? Please be honest. I am not looking for anyone to stroke my ego. I want constructive criticism so I can continue to improve it.

My thought is just making a new thread like this every day where I can toss in comments and stuff, but embed the live feeds for the day into the thread. Looking at the current live feed threads, there are zero comments and my entire purpose of those threads are for people to comment.

So, if you all feel more comfortable commenting on the daily post like this, I’ll just add the embed and we can have the discussion there while having an archive page of all the recent live feed updates (maybe by week). I love using the feed update thing I created, but the delivery so far hasn’t been well viewed so that’s what I’m thinking. If anyone else has any suggestions please let me know!

Alright, inside the BB house, it’s campaign day where Taylor and Terrance have to work the crowd on staying this week. While I’m not sure if this season will use Wednesday as the official campaign day, it typically ends up that way. Taylor has been working the house since her nomination which is great to see (because personally, I hate when they leave it to Wednesday).

What is still undecided is the twist. Brit, Pal, and Alyssa are “backstage” with ole Pooch so there will be five people with the possibility of going home tomorrow night. While Taylor and Terrance are the official noms, we don’t know how that twist will work.

Taylor does have a pretty reasonable thought on the twist. She thinks Pooch will be given some physical item that he has to pass around. The last one holding it is either safe or nominated.

But let’s think about it. There is a fan vote to keep one of them safe which will leave two of the backstage people and two of the noms at risk. I personally believe that there will be some type of vote or comp or even just a Pooch decision on who he’ll keep safe. The other person ends up as the third nom. Of course, he could also replace a nom with that person but that seems like too much responsibility for this power.

This type of twist almost always ends up as a third nominee situation. Like ‘sorry, you’ve been kicked out of backstage and are now on the block’. Pooch’s backstage power should really have zero impact on the current noms. Again, just my opinion of course.

Anyway, I’ll be updating the live feed thread which you can see on the homepage. This weekend when I have more time, I’ll be touching up the look of the feeds and making it so I can embed them in these daily thought threads.