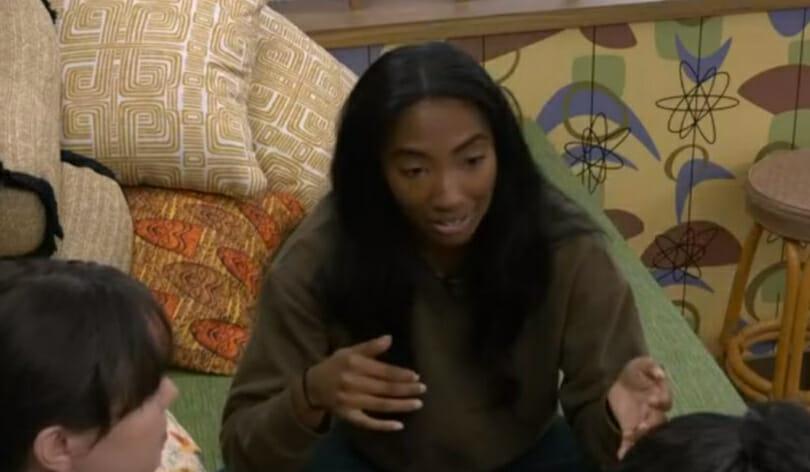 The veto meeting is in the books and all we have left is the backstage thing which seems to be based on a viewer vote (always awesome – sarcasm).

So, Taylor was the replacement nom as expected, and she could be in trouble. I do need to speak on this issue a little. I am seeing a shit ton of social media posts about the treatment of Taylor and yes, I agree she’s been treated a bit poorly – by BB23 standards. However, we can’t seem to escape the race issue and you have Xavier posting long tweets about it and everyone praising him.

I just need to say something about this –

Can we not just automatically assume something is race-based due to the color of a person’s skin?

Let’s look at some recent seasons –

BB22 – Jenelle and Kaysar were on an island and nobody really did much with them
BB21 – Nicole was treated like shit and found her only comfort in Cliff
BB20 – Sam was mocked even by production as being crazy to the point where she basically went into hiding after the show
BB19 – Megan quit the show due to being bullied. Cody was alienated

Does that mean any of those situations are okay? No. Many people on the show have been bullied and felt like outcasts. When you throw 16 twentysomethings in a house for a summer, you’re going to get friction and not everyone is going to get along.

And let’s be real, Taylor isn’t even being treated poorly. Yes, Paloma certainly dislikes her for what seems to be no reason at all, but she’s been involved in conversations, hanging out, playing pool, etc. People act like she’s been forced to sit in the bedroom alone because nobody wanted anything to do with her. I’ve seen far worse treatment of other castmates than one person really disliking another.

I fully support issues fighting racism. I defended the Cookout all last season. People of color have indeed had the short end of the stick throughout the course of BB history. But there have to be some coolers heads coming through and say not everything is race-based. We can’t have a show where a black contestant is guaranteed 3-4 weeks of safety simply because people are scared to nominate them.

Terrance was the old guy. The old guy is targeted early virtually every single season. Taylor wasn’t even the original target until Michael saved himself and she became expendable because she wasn’t part of any alliances. That’s how the show goes.

I will call out racism when I see it, and have so many times in the past. But I don’t feel this pick had anything to do with race just like I didn’t feel Michael had anything to do with homophobia. Every week, someone will go home and at least 2 people will be nominated. Let’s stop jumping to conclusions over very sensitive issues because you may be a fan of a certain person.