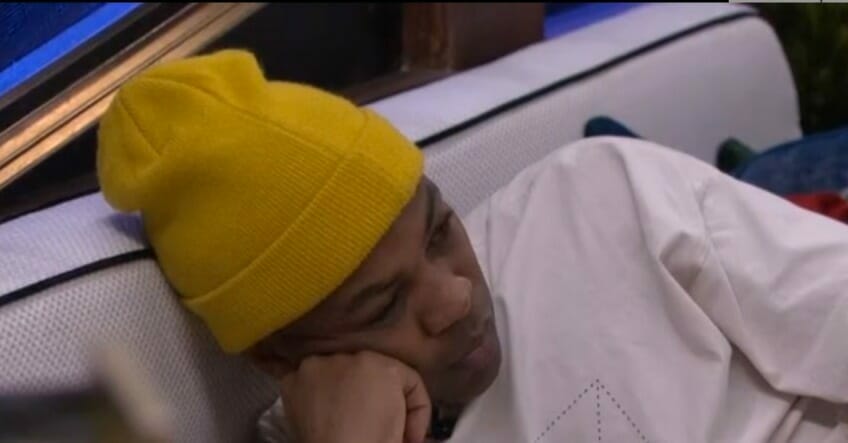 We’re not even a week into the show and down 3 houseguests already. I always forget how fast this season moves.

I know you’re like ‘woah, it’s only 2’. Yes, on paper it’s 2. But after last night’s eviction speech, Kattan is basically just a body at this point. He has mentally checked out which means he’s a dead man walking in that house right now.  He’s just going to have to sit around until he either self-evicts or gets put out of his misery by the house – and based on last night’s vote, he may need to do the former before the latter.

Won’t someone put him out of his misery this next eviction because he begged to go?  No, it doesn’t appear that way.  Miesha won the HoH last night and she has zero intentions of letting her week go to waste by getting out Kattan. She has been focused on knocking out Carson and that’s exactly what she’s going to try to do this week whether via straight-up attack or backdoor approach.  Either way, Carson better put on his comp shoes because he’ll need to win that veto to stay in this game.

I’m going to be bouncing all-around based on my thoughts, so moving on to the show last night – wow. Chris.  Are you okay, bro? Do you need to make an appointment for an eye exam after the show?  I almost wondered if he was throwing the veto competition last night, but I don’t think he was.  He had no reason to throw it and his facial reactions showed he was clearly embarrassed.  It’s okay, Kirk.. our eyes tend to get weaker in old age. It happens.  Go get some glasses and enjoy actually seeing things.

So where does the house stand after 2 evictions?  Not a whole lot different than it stood a week ago.  Chris, Miesha, Carson, and Todrick are still there to play while the others are just kind of chillin’. I still feel one of them will win, although that group should be down to 3 after the next eviction.

Noms should be today. Expect Carson to be one of them while Miesha decides the best person to sit next to him.