Celebrity Big Brother – Already One Down Plus Other Highlights 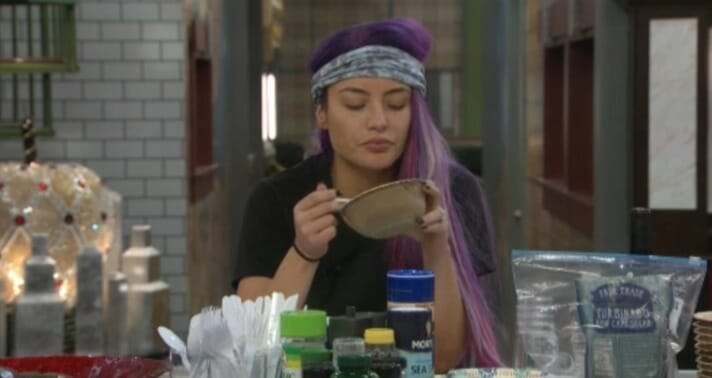 Last night, I was writing up the schedule for Celebrity Big Brother and tried to guess which days there would be evictions.  Here is what I came up with:

That schedule would allow an eviction nearly every other episode plus the famous double eviction the Friday before finale. It is very similar to last year and see no reason why they’d change it. One thing I noticed with that is they set themselves up for a triple eviction on Finale Night plus either 3 or 2 finalists. Other options could be another double eviction somewhere thrown in which is entirely possible but the point is they left themselves with some flexibility at the end for one reason, and that reason already hit last night.

We had our first self-evict from the house. This is exactly the problem with throwing in a bunch of people who don’t really NEED the money as bad as amateurs may. They don’t really care if they finish their contract or not. And if you work on Wall St allegedly managing billions of dollars and find yourself as one of the first targets of the season, what’s the point of sticking around until Friday (or later) before leaving?  Best case for Mooch, he was gone on Friday. Worst case, he was strung around a few more evictions until finally booted in a week or two.

So, there you have it. The first of what I assume will be more walkouts this season – The Mooch is out the door. I don’t know if he actually self-evicted or was kicked, but I see no reason why he would be kicked so I’m going to go with just quitting. And that wraps up the question of which house he’ll last longer in – and the answer is: The White House.

In other overnight news, Tamar apparently decided to either play it up for the cameras as soon as they went live as she and Kandi had a little heated exchange in the bedroom.  Kandi left the room and Tamar spent the next hour or so bitching about her. Someone mentioned how they seem to do that at night and will wake up the next day and be fine. Well, it’s 8am in the house and Tamar is already awake and bitching about Kandi. Feeds may be interesting today.

Veto meeting is scheduled for today. Kato won it and I think he’s going to use it on Tom. I have to run out for a little bit this afternoon, but when I return I will get a live update thread going and follow along the hopeful drama.