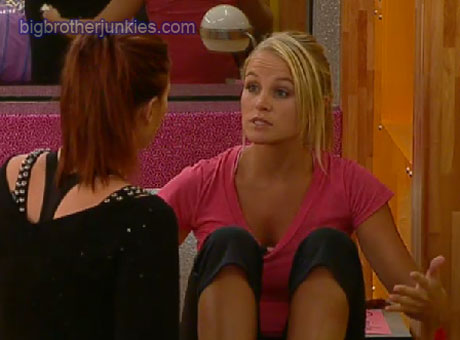 The House Completely Flipped Upside Down

So the house completely turned upside down in the past few hours.  You had Porsche talking sense to people that Jeff won’t bully people around, Jordan freaking out at Shelly after the feeds turned back on, and Rachel being the voice of reason to her.   It’s like I went into the bizarro world and turned on the live feeds.  I’m going to keep this thread updated while trying to recap just what the hell happened tonight, so keep checking back….

7:13 BBT – Rachel still trying to calm down Jordan, and Kalia is in the purple room trying to talk to Adam.  Speaking of Adam, it was clear he really wanted to vote for Jeff this week, but it was actually smart of him not to.  Jeff is out, and Adam stays in good graces.

Adam said this week if he won HoH he was going to put up Rachel.. however, we all knew that wasn’t happening. 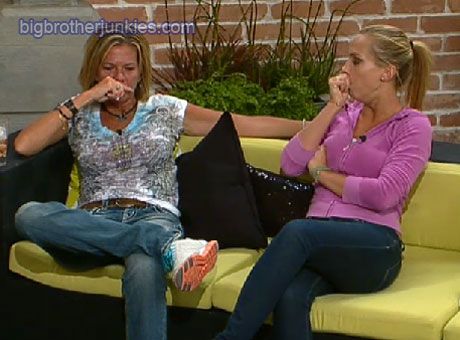 7:17 BBT – Feed went to Porsche trying to calm down Shelly who is very upset that she had to turn on Jordan / Jeff.   I’m honestly shocked Shelly went through with it all.   I’m more shocked Porsche is now showing a brain and playing…. is she secretly the best player this season? 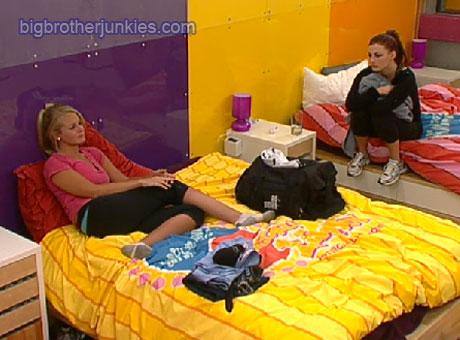 7:27 BBT – Jordan is realizing how she looked, and upset about the fact that she didn’t even want to come back and now she looks like an ass.   She’s talking to the one person in the house who has made an ass out of herself more times than anyone can count, so she’s likely going to get some wise words of experience there.

7:30 BBT – Jordan is saying they’re stupid because all 4 of them (J/J, B/R) control the jury votes assuming they’re there, but if they’re there, how is that stupid?  They can’t abstain from voting.   Unless Adam is in the final 2, it was pretty smart.

7:34 BBT – Porsche and Kalia talking about how proud Daniele will be of them.  Kind of weird how they talk of her, especially during the episode “this is what Daniele would have wanted” 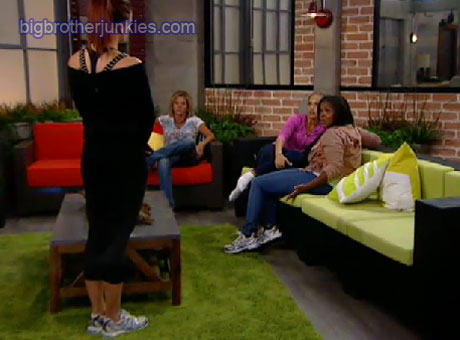 7:37 BBT – Rachel confronts Shelly about the missing dog.   Kalia suggested production took the dog, but they cut away at that point.    Feeds are back with Rachel still going off on the dog, but has given up and back to comfort Jordan.   This house is turning crazy

7:46 BBT – Adam is laying in the purple room with his new alliance of himself.   Kalia and Porsche join him to chat, telling him that Rachel and Jordan are going to be drinking.  They’re not though, they got some wine glasses and an opener but the glasses sit empty in a very depressing looking room right now.

7:51 BBT – Jordan and Rachel sitting in bed together completely making fun of Daniele’s good-bye speech.   With these 5 girls stuck in the same house all week, the show could get very interesting. 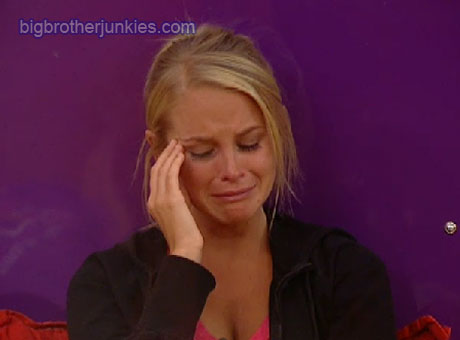 7:56 BBT – I have to be honest, I really thought Jordan would handle Jeff leaving better than Rachel losing Brendon. 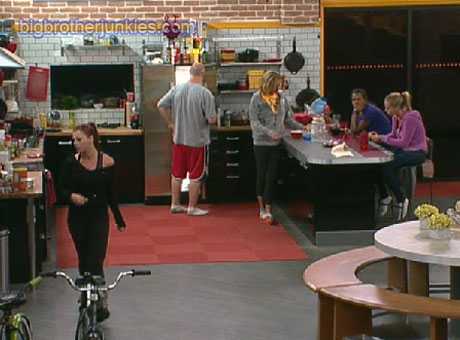 8:20 BBT – Rachel in the kitchen with everyone else but nobody is saying a word to her, and vice versa. 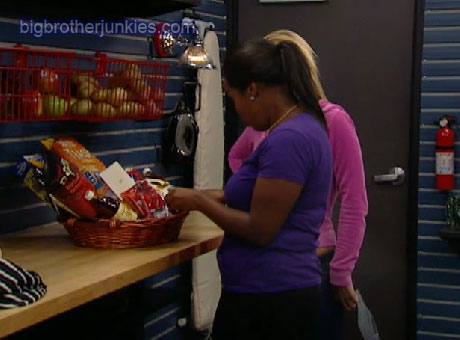 8:36 BBT – Kalia is allowed to eat right now, but Porsche has to wait until midnight until she’s officially not a ‘have-not’.

9:00 BBT – Feeds are on trivia, HoH competition is being played

While I do some live blogging, I’m going to try and recap what happened tonight.     Right before the show, Shelly and Jeff had a huge falling out because Shelly’s house of cards was basically crumbling down around her.   The double play, fence sitting caught up with her in a huge explosion that was cut off due to the live show.  There was clearly some tension in the house during the show, and Julie even touched on it but didn’t say much about it.

The show began, and Daniele was evicted 3-2 with Shelly taking over Daniele’s position at The sisterhood of the traveling sweat pants, but the votes weren’t enough because Rachel stayed with her alliance.

Previous Floaters Will Be Floaters Recap, Prediction Thread
Next Will Porsche Get New Sweat Pants In her Basket?