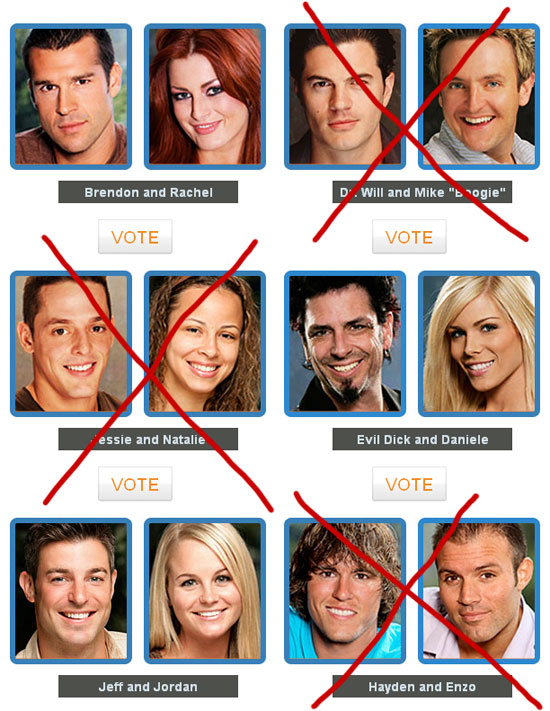 According to a source who confirmed the rumor, the final three pairs of houseguests to enter the house will be Dick and Danielle / Brendon and Rachel / Jeff and Jordan.   Now, unless it’s coming out of Julie Chen’s mouth, it can’t officially be confirmed, but the person who said it did happen to have a picture with herself posing with Jeff and Jordan. 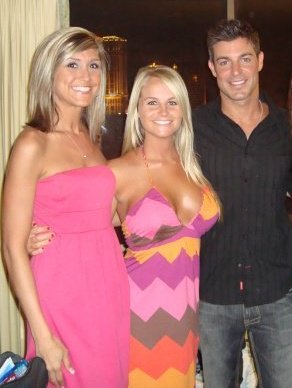 Of course, this could just be a way to mess with people, but like I posted here, Hayden is still off living his life and recently partying with the Survivor girls, and nobody likes Jessie and Natalie.  By process of elimination, we pretty much have an educated guess ruling out 2 couples already.

Dr. Will has also posted he won’t be returning, but that could just be a deflection to increase the surprise (which I wouldn’t put past him to do).  What does hurt their return is both of them have been in the house for 2 summers, both are former winners, and both have a legacy they’re probably more than happy to keep.   They’re both smart enough to know returning one more time could very quickly destroy any reputation they had as the best players in the games history, similar to what Survivor Redemption Island did to Russell Hantz.   Will is a successful Doctor with likely 7 digits in his bank account from BB2 plus his practice plus the other shows he’s been on, so both players really have a lot more to lose than they do to gain.

This leads us to the last three.  Daniele is still part of the Big Brother family doing shows on Superpass, and Rachel appears to be a massive fame whore who would love to jump back in the fish bowl.  Jeff and Jordan would have more of the Will/Boogie situation except that she jumped right from Big Brother 11 to The Amazing Race 16, so like Rob and Amber, they are probably just going to keep stretching their 15 mins as long as they can… at least until both people win.

So while all of this is un-confirmed, I pretty much expect those three couples to be walking through the door this year.

Make sure you have Superpass, so you can see for yourself if they’re going to be walking through the door… and save yourself 25% in the process.

Credit to: Big Brother 13 Blog for the scoop

Previous Game On!
Next Only Hours Remain To Save!