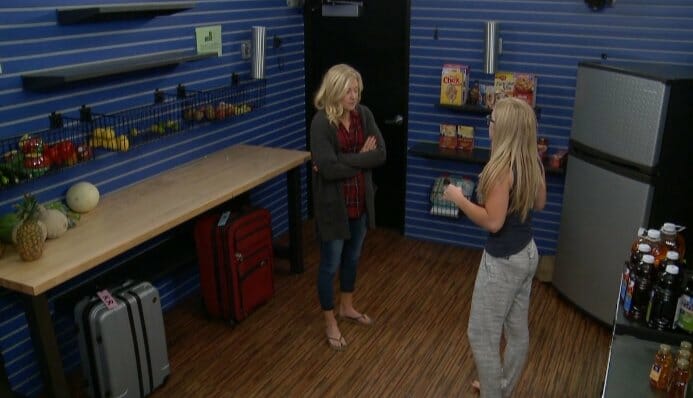 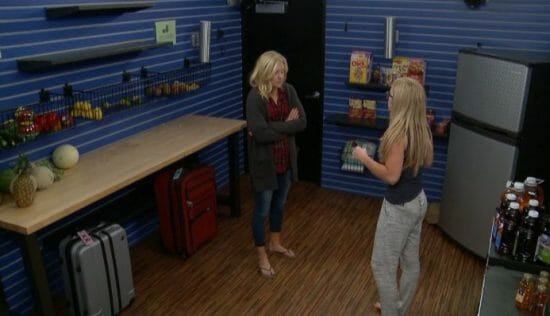 I know I sound like a broken record when I say this, and I really am not saying it so you sign up to the feeds, but this season so far has been the best season I’ve blogged. It is extremely unfortunate that they’re doing it web-only because I think the format, interaction with viewers, and the cast has been top notch.  I have asked my contact at CBS to make the produced videos (recap, eviction, etc) free so we can embed them in our blogs. I’m waiting to hear back to see if they actually do that, because if they do, people who are holding out will need to check this season out.

Being able to see 99% of the feeds has been a welcome addition to those who have been watching the feeds for years and have experienced hours of staring at Jeff and his stupid awkward interviews with evicted houseguests while they do a comp. Or as a blogger when the feeds go down, you don’t know if they’re down for 30 seconds, 5 minutes or 5 hours, so we’re left sitting at our computers patiently waiting and hoping they come back up.  The comps are also a welcome addition as so far they’ve all been completely unique, so even when the house sits there and plans for a specific comp (like they did for the veto comp), it’s irrelevant because it’s something that is new to the show.

Finally, the cast is pretty damn solid. They avoided a big ‘bro-squad’ and only put one in the house (Monte) mixed in with superfans, and a semi-bro (Shane).  The girls have a nice mix of ‘the plastics’ and real looking girls, and almost everyone is familiar enough with the show so they at least look like they know where they are (Justin excluded.. he has no clue). It’s great, and I really hope they take the good parts of this season and add it to BB19, because putting this on CBS would kick life back into the show after BB18’s season of boring ass showmances  (Not hating on Paul and Vic, they were funny and carried the season).  Are James and Natalie still together?  Corey and Nicole?  Zakiyah and Paulie?  I don’t know, and don’t really give a crap. I’m sure if they are, BB will try to shove them down our throats at some point in the future, so I’ll find out then (wow, I sound bitter… but seriously, this is not a dating show. Showmances are fine if they happen naturally, but stop casting people who are prime candidates to get into one)

I realized this cast was so much better last night when Danielle was outside ranting and raving like an awesomely crazy madwoman. She was saying things like Zakiyah was terrible, and she should have been in that spot. Trashing Paulie’s opening segment for BB18, and talking about her showmance with Shane saying she’ll kick him to the curb if he shows any sign of being more loyal to Monte than her.  To me, that is so much more refreshing than watching a Natalie or Zakiyah do nothing all summer.

Alright, enough ranting. I guess I had to make up for the feeds.  It’s eviction and HoH day, so the house is locked inside which means a lot of casual talking and hanging out (and not a lot of excitement)