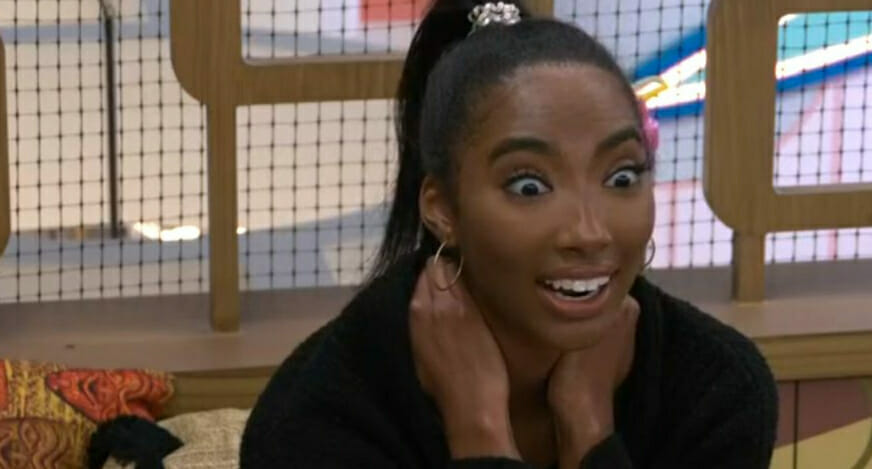 He says ‘wait for tonight, we need to make him (Kyle) think that he’s coming up with the reasons. He has no clue how outmatched he is right now 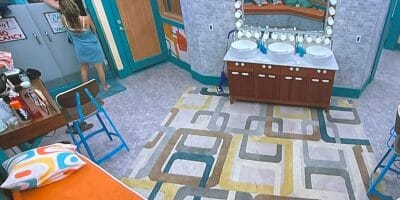 He says maybe in the jury house. He says it is taking every ounce of his self control.

I hope it’s a cold shower

Jasmine wants to have a meeting to make it official.
Pretty much all the crap they have said about each other is coming to surface

Alyssa comes in and they ask her to leave

Essentially, the group is putting together there is another alliance (Leftovers). The girls discuss all the people who went to HOH room after the veto

How? Rolling over their toes in your scooter?

Nicole says she is willing to be savage, but not willing to play dirty.

Nicole says she doesn’t want Brittany or Taylor in jury

In her defense, it says it requires a screw driver lol